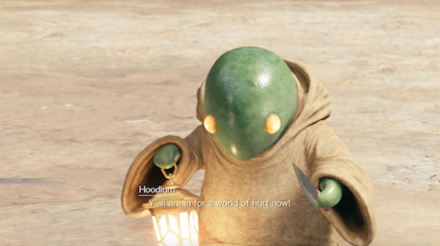 This is a guide to beating the Boss Tonberry in the game Final Fantasy 7 Remake (FF7R). This article explains Tonberry's attack patterns, weaknesses, and tips and strategies for defeating them.

Enigmatic creatures purchased on the black market by Don Corneo. These green, robed fiends will slowly approach with no expression on their faces, but a lantern and a chef's knife in hand.

If they fail at performing an action, they are briefly susceptible to being staggered.

No Enemy Skills can be learned from Tonberry.

Most players will encounter Tonberry in the Malicious Goons Side Quest in Chapter 14, though it is also encountered in the Monsters of Legend challenge in the Shinra Combat Simulator, as well as when fighting Hell House on Hard Mode.

In the Malicious Goons battle, Cloud, Barret and Tifa will be available to use.

Tonberry can inflict Instant Death both close up and at a distance, so it's best to hit him with melee attacks and keep him Pressured. Tifa is a great choice for this, as she can achieve a high DPS and also quickly dodge out of the way of Chef's Knife. 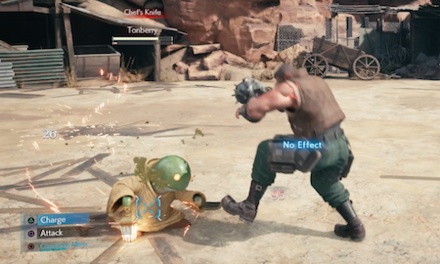 By combining the Warding Materia with the Subversion Materia, you can give your characters immunity to Instant Death. As Tonberry will use its Abilities Chef's Knife and Doom and Gloom to knock out your characters as soon as you've revived them, it's highly suggested to equip this combination to as many characters as possible before the fight to render its attacks less effective. 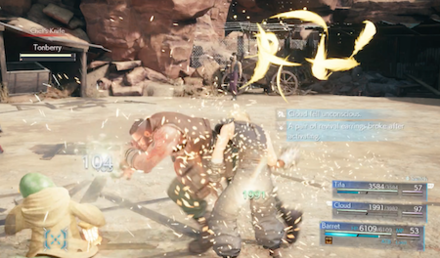 Pressure it to Limit its Movement 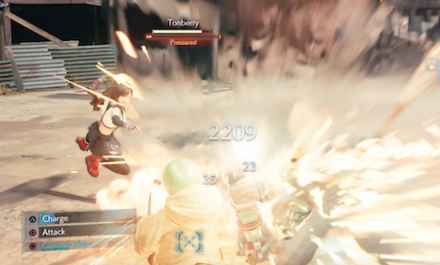 When a Tonberry is in a Pressured state, it won't be able to move or execute attacks. Although this won't last forever, continue pounding the Tonberry with melee attacks to keep it Pressured and prevent it from using its Instant Death Abilities.

The Tonberry's most frequently used attack is Chef's Knife, in which it runs at one of your characters and stabs them to inflict Instant Death. This attack can be dodged, but by the time you see the Ability name, it may already be too late. Be on your toes and ready to dodge as soon as the Tonberry turns to face your controlled character.

If you are able to dodge Chef's Knife, Tonberry will become more susceptible to Staggering, so go all in and aim for a Stagger as soon as possible.

Cast Slow to Gain an Edge

Tonberry does not have a resistance to Slow, making it possible to inflict it with Slow and limit its speed in using its signature Abilities. Consider casting Slow from the start of the fight and keeping it on Tonberry throughout to give your characters a chance to inflict Pressure without being overwhelmed by Instant Death attacks.

In order for us to make the best articles possible, share your corrections, opinions, and thoughts about 「How to Beat Tonberry | Boss Guide | FF7 Remake」 with us!