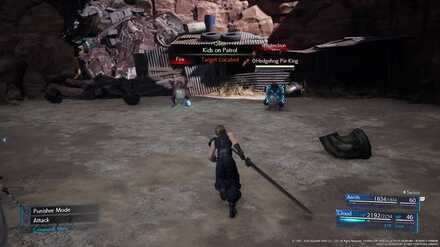 This is a guide to beating the Boss Hedgehog Pie King in the game Final Fantasy 7 Remake (FF7R). This article explains Hedgehog Pie King's attack patterns, weaknesses, and tips and strategies for defeating it.

The leader of a hedgehog pie pack. The self-styled king wears a toy crown it picked up in the slums. It attacks by charging into foes with the spines on its back, and by casting spells.

Inflicting a certain amount of damage makes it susceptible to staggering. It enhances either itself or its comrades during battle, so target whoever is not currently affected by its powers.

No Enemy Skills can be learned from Hedgehog Pie King.

The Hedgehog Pie King is encountered in the Kids on Patrol Odd Job in Chapter 8. During this chapter, Cloud and Aerith are available.

Cloud is mostly a support in this fight. Have him cast Barrier on Aerith and heal her if needed. Consume extra ATB charges for Triple Slash to deal damage to all three enemies.

Since all three Hedgehog Pies are weak to Ice, use Arcane Ward on Aerith and while she is on it, cast Blizzard (or better) to the Hedgehog Pie without the buff from Protection. 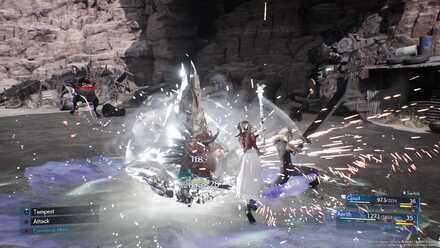 All of them are weak to Ice and are not that nimble. Spam Ice-elemental attacks like Blizzard to deal more damage to them. Also make use of Aerith's Arcane Ward to cast an attack spell twice while still consuming 1 ATB bar.

Focus on the Unbuffed Hedgehog Pies 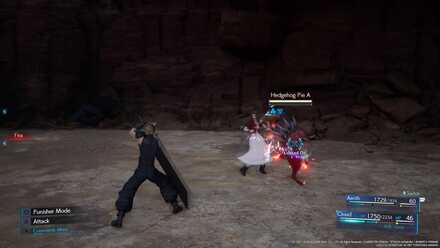 Hedgehog Pie with Barrier and Manaward buffs from Protection

Hedgehog Pie King will occasionally cast Protection on one of them which increases both Defense and Magic Defense. During this time, focus on dealing damage to the Hedgehog Pie not buffed with Protection to avoid wasting attacks, ATB charges, and MP.

Do Not Counter Bounce 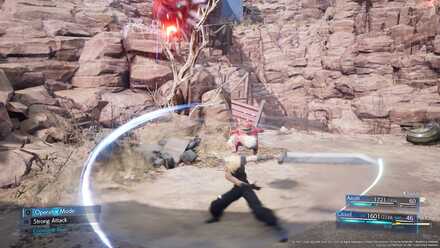 The Hedgehog Pies' Bounce attack hits multiple times. If you used auto-counter against it, Cloud will only be able to block the first hit while being open for the next hits. Also, since they will bounce above Cloud, the counterattack will not hit the Hedgehog Pie so you are better off guarding against it.

In order for us to make the best articles possible, share your corrections, opinions, and thoughts about 「How to Beat Hedgehog Pie King | Boss Fight Guide | FF7 Remake」 with us!