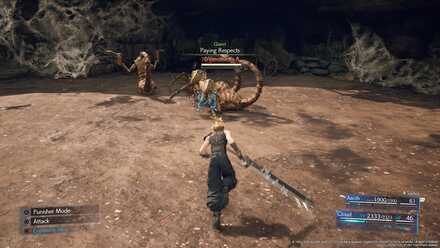 This is a guide to beating the Boss Venomantis in the game Final Fantasy 7 Remake (FF7R). This article explains Venomantis's attack patterns, weaknesses, and tips and strategies for defeating it.

A subspecies of the grashtrike that is marked with yellow and black patterning on its carapace. It is also armed with a highly potent poison.

No Enemy Skills can be learned from Venomantis.

The Venomantis is encountered in the Paying Respects Odd Job in Chapter 8. During this chapter, Cloud and Aerith are available.

You got that right, spam Triple Slash again this time. Use Punisher Mode's auto-counter to gain ATB charges. Defeat the Venomantises one by one and cast Blizzard (or higher) on the one that you are focusing on. Use Aerith's Arcane Ward for doublecasting if you have enough MP.

Set an Arcane Ward for Cloud's Blizzard as soon as you can. Save ATB charges for Prayer to heal both Cloud and Aerith. If you only need healing on one character, just use spells from the Healing materia. You can also purge the Poison debuff with Poisona from the Cleansing materia but you do not always need to do this as you might get poisoned again right after cleansing. 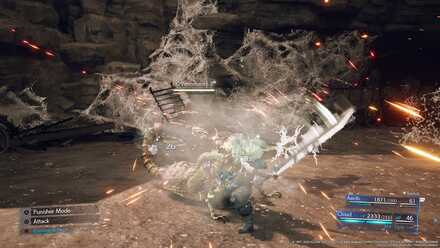 They are all weak against Ice attacks so equip Elemental + Ice materias on Cloud to infuse his basic attacks with Ice damage and keep on countering their attacks. Remember to use Blizzard (or higher) but save some of Cloud's MP in case you need healing. 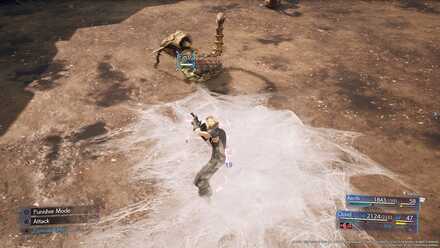 The Venomantises will often web a large area which will cause Slow to any ally who steps on it. Getting inflicted by Slow will cause your ATB bar to generate charges slowly, which means the frequency of the character using commands will be lessened.

If you are slowed by the webs, immediately get away from it and the Slow debuff will be removed after a few seconds. 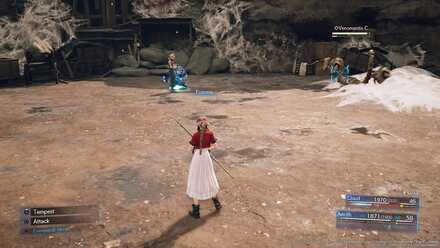 Almost all of the Venomantises' attacks inflict Poison. The continuous damage from this might be little but since this debuff lasts very long, it can accumulate to an alarming amount of damage. You can cast Poisona to remove this or equip a Star Pendant to completely nullify this debuff.

Post (0 Comments)
Opinions about an article or post go here.
Opinions about an article or post
We at Game8 thank you for your support.
In order for us to make the best articles possible, share your corrections, opinions, and thoughts about "How to Beat Venomantis | Boss Fight Guide" with us!
When reporting a problem, please be as specific as possible in providing details such as what conditions the problem occurred under and what kind of effects it had.