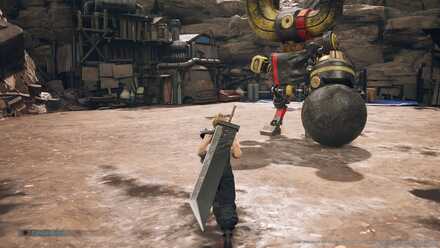 This is a guide to beating the Boss Chromogger in the game Final Fantasy 7 Remake (FF7R). This article explains Chromogger's attack patterns, weaknesses, and tips and strategies for defeating it.

An autonomous robot discarded by Shinra. As part of its self-repair protocol, it used nearby scrap material to repair its body. It knocks down foes by swinging its arm with a wrecking ball attached.

Normally, attacks do not affect its stagger gauge, but inflicting a certain amount of physical damage does make it susceptible to staggering.

No Enemy Skills can be learned from Chromogger.

The Chromogger is encountered in the The Angel of the Slums Odd Job in Chapter 8. During this chapter, Cloud and Aerith are available.

Have Cloud heal Aerith when needed while he passively damages the Chromogger. You can also control Cloud to distract the Chromogger from attacking Aerith.

Aerith will be your main damage dealer in this battle. Control Aerith and focus on damaging the wrecking ball with her basic attacks and Lightning spells to quickly stagger the Chromogger. Do not forget to use Arcane Ward for a faster battle. 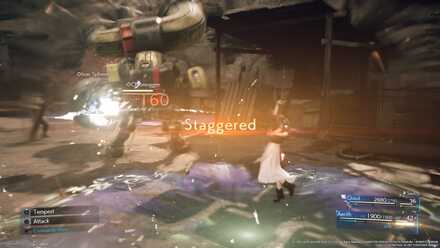 Hitting its wrecking ball with magic fills up the Chromogger's stagger gauge quickly. Have Aerith do this since her basic attacks deal magic damage and she can also cast spells while she is at it. Since it is weak to lightning attacks, cast Thunder (or higher) on the wrecking ball to deal massive damage and quickly stagger it at the same time. 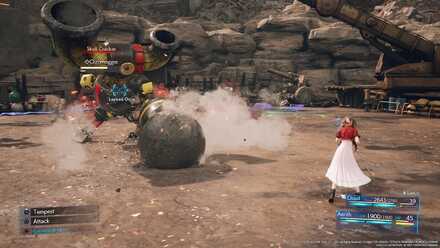 The Chromogger will try to close its gap between your active character. When it is already close, prepare to dodge its melee attacks since it is slow but deals heavy damage, especially the Skull Cracker. 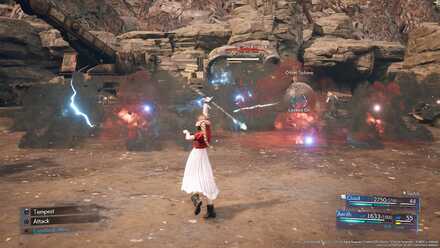 Be extra careful when it uses Whirling Smokestack, as the Chromogger might pulverize your character with Skull Cracker while it is paralyzed.

In order for us to make the best articles possible, share your corrections, opinions, and thoughts about 「How to Beat Chromogger | Boss Fight Guide | FF7 Remake」 with us!