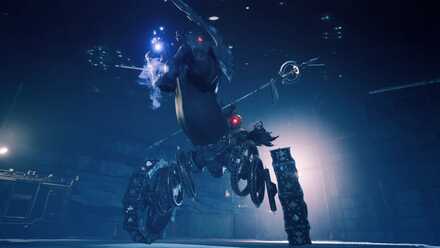 This is a guide to beating the Boss Eligor in the game Final Fantasy 7 Remake (FF7R). This article explains Eligor's attack patterns, weaknesses, and tips and strategies for defeating them on both Normal and Hard Mode.

When it is in the air, hit it with wind attacks to rapidly fill its stagger gauge. Unleash a leaping attack to knock it down to the ground.

No Enemy Skills can be learned from Eligor.

During the first phase the quickest way to deal damage is hitting it with Blizzard while it's stationary so pop an Arcane Ward with Aerith and hit it with your strongest Blizzard spells. Most of this fight is best handled with Aerith so until phase 3 you probably don't need to use Cloud or Tifa as much unless you want to.

Attack it From the Front! 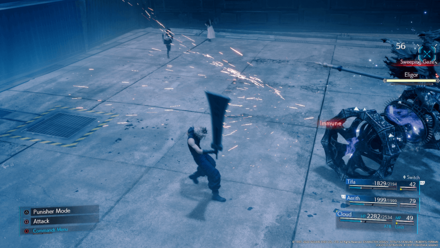 During the first phase, its backside is immune to all damage so target the front and go wild!

Eligor's main weakness is Ice so you should bring your strongest Ice Materia and Shiva to maximize damage dealt. Pair this up with Aerith's Arcane Ward while Eligor is stationary and you can quickly stagger it.

How to Get the Shiva Materia

Use Wind Magic While it's in the Sky 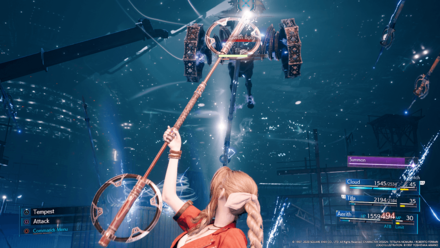 When Eligor takes off into the sky it gains a new weakness to wind magic. Wait until Reflect wears off and cast your strongest wind spell when it stops moving to deal a lot of damage. Like before, Arcane Ward is great for increasing damage output.

Hide Behind the Container During Javelin Bolts 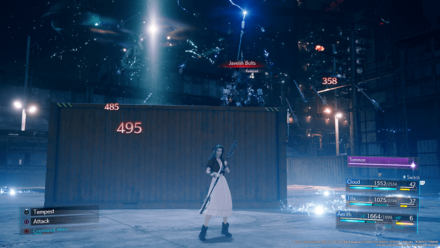 When javelins come raining down from the sky, you should quickly take cover behind the large crate that appears in the middle of the arena during phase 2. You can also hide behind this to avoid Piercing Gaze!

Cripple its Wheels in Phase 3 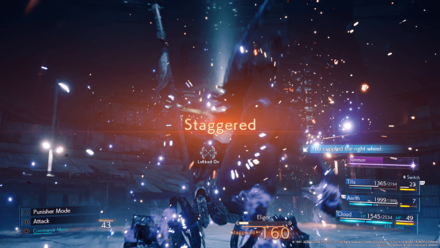 After it comes back down to the ground, you will notice its wheels have now become both targettable and vulnerable to physical damage. When Eligor stops running around the arena, quickly take out one of its wheels to cripple it in place for an opportunity to deal a hefty amount of damage. Repeat with the next wheel and Eligor will go down shortly after.

Have Everyone Magic Focused

Eligor has a Lesser Resistance against Physical damage, making physical attacks hit for less. Have Cloud and Tifa equipped with Ice linked with Elemental and use Mytrhil Saber and Mythril Claws to increase their magic damage output.

Keep Close or Dodge to the Side to Avoid Sweeping Gaze 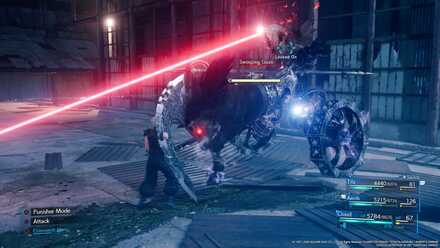 Sweeping Gaze is hard to avoid and if hit, can disable your characters. When you see it about to use that attack, try to get in close during Phase 1 and 3. If you are close enough the laser will pass over your head. During Phase 2 you should dodge to the side it shoots the laser.

Make Use of Arcane Ward and Lustrous Shield 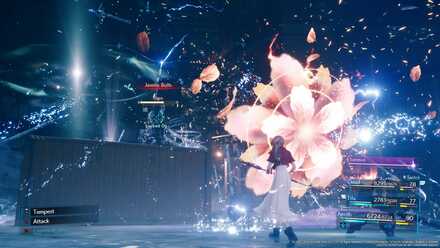 Aerith has some powerful abilities under her belt. She has both offensive and defensive abilities to help the whole party. Use Arcane Ward to increase magic damage output and Lustrous Shield to protect sleeping party members against the Javelin Bolts.

Make Use of Prayer and Chakra 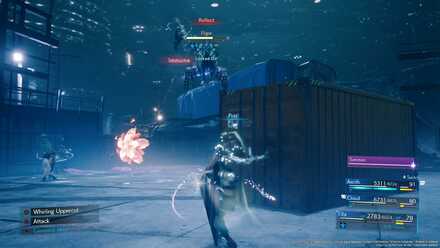 When Eligor goes into the sky and casts Reflect, it will cast it on your entire party as well. This means that casting healing magic on any of your party members will reflect it onto the boss, healing it instead, so if you want to heal, use the abilities Prayer and Chakra instead.

In order for us to make the best articles possible, share your corrections, opinions, and thoughts about 「How to Beat Eligor | Boss Fight Guide (Normal & Hard Mode) | FF7 Remake」 with us!