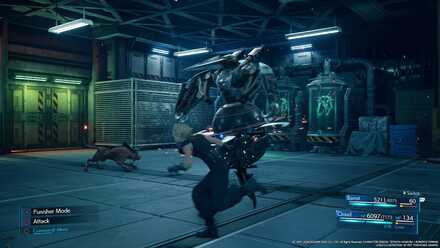 This is a guide to beating the Boss M.O.T.H. Unit in the game Final Fantasy 7 Remake (FF7R). This article explains M.O.T.H. Unit's attack patterns, weaknesses, and tips and strategies for defeating them.

A self-piloting antipersonnel weapon manufactured by Shinra's Advanced Weaponry Division. This consummate killing machine is armed with a drill on its head, claws on its arms, and rotating blades on its torso.

Once it charges up enough electricity, it unleashes a highly potent special attack. For a short time after this attack, the unit is susceptible to staggering. In fact, this is the only time its stagger gauge can be filled.

No Enemy Skills can be learned from M.O.T.H. Unit.

You will fight M.O.T.H Units in Chapter 17 while controlling Cloud and Barret so they are the only available characters in this fight.

M.O.T.H Unit's rotating blades will be active at the beginning, which makes it difficult for Cloud to get close as the rotating blades can whittle down his HP quickly. During this time, have Barret do most of the attacking. Equip his weapon with Elemental + Lightning / Wind materias to make him deal more damage.

After it charges itself with electricity, it will withdraw its rotating blades. Cloud can now get close safely once this happens and deliver his melee attacks. You can also use his Punisher Mode's auto-counter against M.O.T.H Unit's close-ranged attacks and Drillstrike.

Stay Away from the Rotating Blades 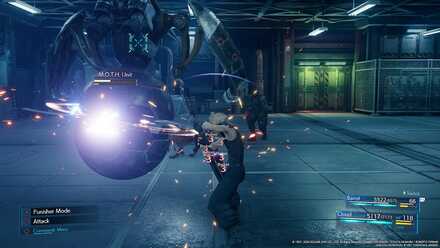 At the beginning, M.O.T.H. Unit's rotating blades are active so getting close to it or attacking it with melee attacks is dangerous as the blades can whittle down your party members' HP quickly. Use Barret during this phase to deal damage from afar safely.

If you really like using Cloud, use long-ranged attacks like Blade Burst and lightning / wind spells or use the Punisher Mode's auto-counter against its melee attacks and Drillstrike.

You can also resort to using Barrier to increase your defense against most of M.O.T.H. Unit's attacks. 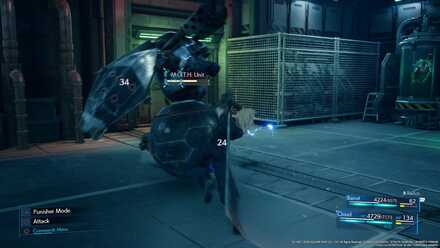 After a while, M.O.T.H. Unit will charge itself with electricity and withdraw its rotating blades. This will be an opening for Cloud's melee attacks so make the most out of this opportunity. 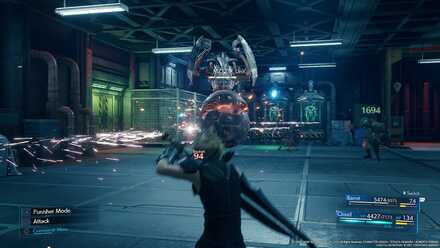 M.O.T.H. Unit will occassionally send out flying blades from its torso. These blades will bounce across the room, making it very difficult to dodge, so your safest option is to have your guard up as soon as M.O.T.H. Unit opens up its torso for these blades.

Watch Out for Its Voltage Attacks 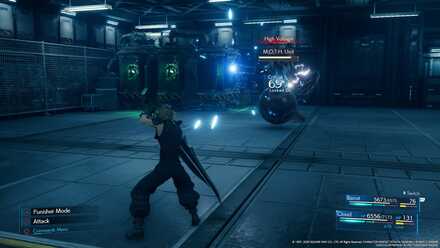 Do not try to dodge these attacks as they are extremely fast. Your only way out of these attacks is by blocking and hoping that your HP and magic defense are enough to keep you from losing consciousness.

As the assessment suggests, M.O.T.H. Unit will become vulnerable for staggering after it uses Ultrahigh Voltage. Use this opportunity to make it regret its existence by bombarding it with your most devastating attacks, preferably lightning and wind attacks.

After this short period, M.O.T.H. Unit will regain mobility and start over from its initial state.

Post (1 Comments)
Opinions about an article or post go here.
Opinions about an article or post
We at Game8 thank you for your support.
In order for us to make the best articles possible, share your corrections, opinions, and thoughts about "How to Beat M.O.T.H. Unit | Boss Fight Guide" with us!
When reporting a problem, please be as specific as possible in providing details such as what conditions the problem occurred under and what kind of effects it had.