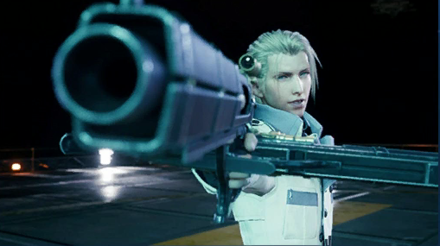 This is a guide to beating the Boss Rufus in the game Final Fantasy 7 Remake. This article explains Rufus's attack patterns, weaknesses, and tips and strategies for defeating him on both Normal and Hard Mode.

Shinra's vice president and the son of the president. He carries a custom-made shotgun and is protected by Darkstar, a military canine.

Standard physical and magic attacks have no effect on his stagger gauge. However, hitting him with a certain attack when his guard is down will instantly stagger him.

No Enemy Skills can be learned from Rufus.

Check the guide below for information on Darkstar, Rufus's ally in combat.
Darkstar Weaknesses and Obtainable Items

This battle is fought with Cloud alone. Similar to previous fights like Roche, Reno and Rude, you'll need to use your swordsman prowess to get the best of Rufus.

Be sure to equip Twin Stinger for the Counterstance ability or master it if you prefer other weapons. This ability will give you a huge advantage especially during phases where Darkstar is present since Darkstar uses only close-ranged attacks and Counterstance deals massive damage if it successfully counters an attack. 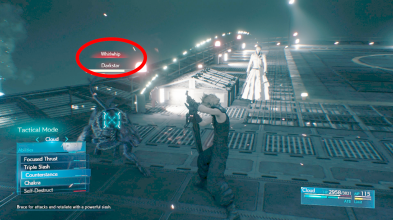 Unlike other Bosses which use a variety of unnamed attacks that are difficult to predict and handle, Rufus and Darkstar give you an advantage of preceding almost all of their attacks with an Ability name. So long as you're aware of what each of these Abilities' effects are, you can get ready in advance and handle the attacks as they come.

In general, a rule of thumb is to use a counter, such as Punisher Mode's auto-counter or Twin Stinger's Counterstance against Darkstar's attacks, and use Operator Mode to guard against Rufus's gun attacks.

Depending on the move, some, such as lasers like Bright Lights, can be dodged, but usually he will aim wherever Cloud has moved to, so simply guarding is the best best. 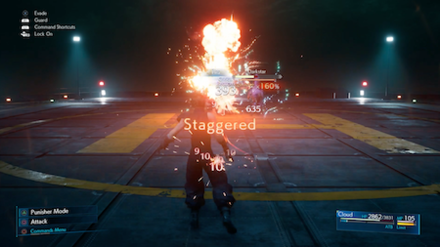 Here, Fira deals only 393 damage to Rufus, and 635 damage to Darkstar.

Rufus has a Lesser Resistance to Magic Attacks, meaning that you won't get much bang for your MP when you hit him with your expensive Spells. On the other hand, Darkstar will take standard damage from Magic attacks, so you could focus your Spells on Darkstar instead, or opt to spend your MP on Haste, allowing you to use Counterstance with greater frequency. 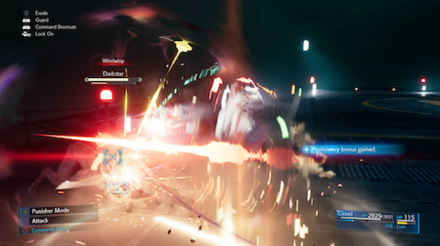 If you don't have Twin Stinger on hand, Punisher Mode's auto-counter will do as well. Hold R1 to guard, and Cloud will unleash an auto-counter when Darkstar attacks.

Also keep note of when Rufus uses the Heel command – this will let Darkstar know not to attack, so go ahead and attack yourself instead of going for a counter when this occurs. 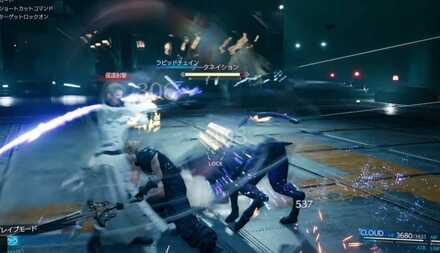 Darkstar is also linked to Rufus throughout the fight, allowing them to use combination attacks. Targeting Darkstar with Cloud's Triple Slash will quickly break the link, preventing them from comboing you. Darkstar should be your first target to push Rufus into the easier phase 3.

In Phase 3, Wait for Rufus to Reload 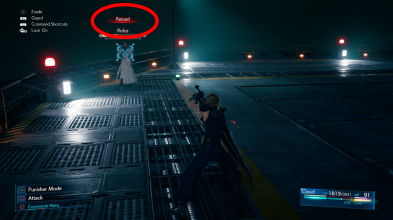 Phase 2 is the most dangerous part of this battle, as Rufus and Darkstar will use a variety of combo techniques which can deal lots of damage. On the other hand, after Darkstar is defeated, Phase 3 is much easier to handle. The pool of moves Rufus can use is greatly reduced, and he will Reload frequently. Instead of slashing at him haphazardly, guard and wait for him to Reload, using abilties like Braver or a Limit Break to stagger him during the opening and take him down. 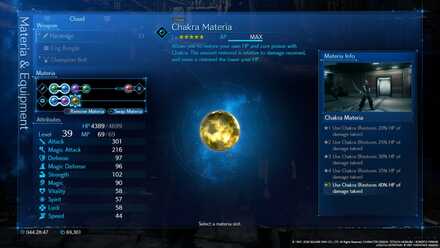 You will fight Rufus almost immediately after defeating Jenova Dreamweaver. As in that fight, you want to heal yourself without using MP as much as possible, so keeping Chakra equipped is the best for this.

In order for us to make the best articles possible, share your corrections, opinions, and thoughts about 「How to Beat Rufus | Boss Fight Guide (Normal & Hard) | FF7 Remake」 with us!