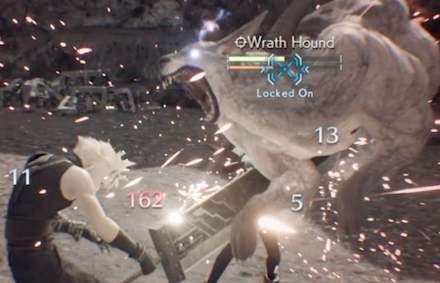 This is a guide to beating the Boss Wrath Hound in the game Final Fantasy 7 Remake (FF7R). This article explains Wrath Hound's attack patterns, weaknesses, and tips and strategies for defeating them.

The result of administering ability-enhancing drugs to guard dogs. As as side effect, these dogs often went into a bloodthirsty frenzy, so most of them were put down...but some survived.

Normally their attacks cannot be interrupted, regardless of what ATB commands are used. Using certain attacks on them, however, sends them into a rampage, also making them susceptible to interruption.

No Enemy Skills can be learned from Wrath Hound.

The Wrath Hound is first encountered during the On the Prowl Odd Job in Chapter 3 and only Cloud and Tifa will be available to use. In later fights, you'll be able to take it on with other characters as well.

It's best to use Cloud for the majority of this fight, as his Punisher Mode's Auto-Counter feature will allow him to handle many of Wrath Hound's moves. Tifa can deal damage quick, but stick to Cloud to hammer away with Punisher Mode and build up Wrath's Hound's Focus Gauge to Stagger it.

The Wrath Hound moves quickly, so wait for an opportunity where it stays still like when it is pressured or staggered before using Blizzara. 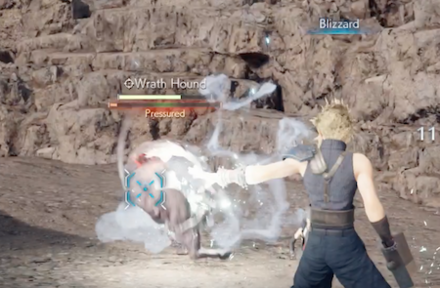 Wrath Hound is weak to Ice Magic, so casting Blizzard on it will temporarily stun it and deal heavy damage.

However, one disadvantage of Ice Magic is that its effects can fail when used on a moving target. Be sure to hit Wrath Hound with Blizzard when he's standing still and just waiting for an ice bath. 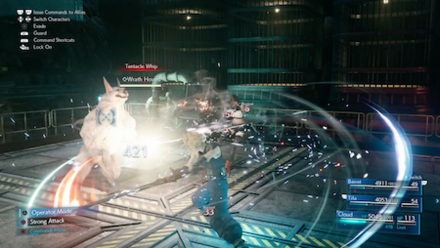 From a later battle with a Wrath Hound in Chapter 14. It's still just as tough later on!

Cloud's Punisher Mode has a built-in Counter. When holding R1, he will guard against physical attacks, and release an auto-center to slash back at anything that hits him. On the flipside, he'll surrender the ability to block damage from Magic or energy-based attacks.

Fortunately, Wrath Hound doesn't use any Magic attacks – however, his Throat Clamp attack cannot be countered by Punisher Mode, so be sure to dodge out of the way when this Ability name appears over its head.

Aim to Stagger it 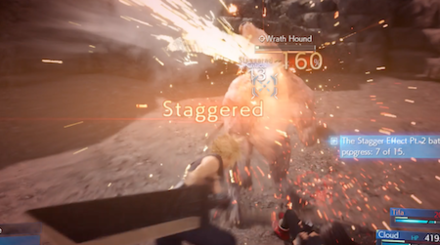 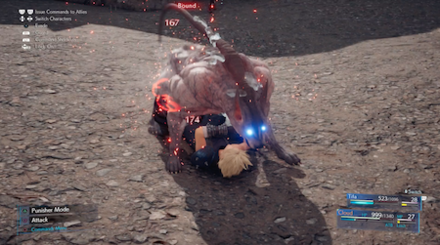 In order for us to make the best articles possible, share your corrections, opinions, and thoughts about 「How to Beat Wrath Hound | Boss Guide | FF7 Remake」 with us!