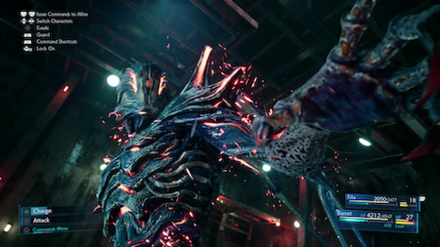 This is a guide to beating the Boss Failed Experiment in the game Final Fantasy 7 Remake (FF7R). This article explains Failed Experiment's attack patterns, weaknesses, and tips and strategies for defeating it on both Normal and Hard Mode.

An experimental specimen kept in the Shinra underground research facility. It was human once, but cellular transplants from various large creatures have turned it ito a terrifying creature. It leads a group of failed test subjects.

How to Stagger Failed Experiment

No Enemy Skills can be learned from Failed Experiment.

When the Failed Experiment shows up, Barret is the best for attacking its Appendages which are weak to his gun attacks. Once the weakpoint appears, switch to Tifa to quickly stagger it and lay down the hurt.

While physical damage may be more than enough for this boss, having ice magic is always safe. Shiva will do massive damage as well.

Take Out the Unknown Entities

Before the boss will even appear you will have to fight a few waves of these. They are weak but make up for it in numbers. Hit them with Barret's Focused Shot when grouped up or combo Tifa's Whirling Uppercut into Divekick to take them out quickly. Once the boss spawns you will want to keep taking them out, as during phase 3 Failed Experiment will use them to heal itself.

Shoot it in the Tentacles

With Barret, shoot its Appendages to briefly stun it, revealing its weakpoint. Dealing damage to the Heart will increase its stagger gauge much quicker so this should be your main goal throughout the fight.

Like every other enemy and boss before it, you can deal a huge amount of damage when it's staggered. If you have Tifa use Unbridled Strength twice and use her unique ability Rise and Fall, she can increase the damage done to Failed Experiment to make the most of the short time. 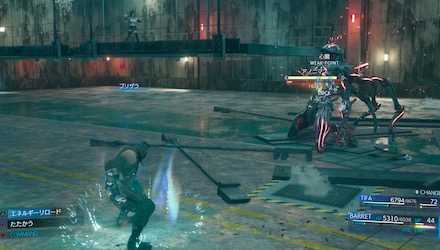 Ice Magic is extremely effective against Failed Experiment on Normal Mode as well, but on Hard Mode, the importance of using Ice has been raised once again. You'll want to try ending this fight quickly by dishing out heavy damage from the start with Ice attacks. Equip Elemental Materia + Ice Materia to Barret's weapon to take out its Appendages quickly. Magnify Materia can also be useful combined with Ice, but since this will limit your healing potential, you might want to keep Magnify attached to your Healing Materia instead. 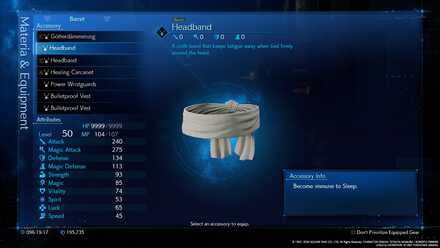 The Failed Experiment can cause both of your party members to Sleep. Have Headband equipped on at least one party member to make sure it does not happen! You can also equip Subersion linked with Warding Lv.3 to be immune to Sleep if you have the materia slots to spare.

Block against its jumping attack

When Failed Experiment jumps onto one of your characters, be sure to hold R1 to guard immediately. This attack will do major damage even when blocked, but if it hits a party member who fails to block it, they'll have a difficult time recovering and getting back into the battle.

Focus on the Appendages and try to end the fight quickly

On Hard Mode, Failed Experiment will deal significantly more damage with each attack, and if you play too defensively, this battle can stretch out and wear your party down. Wait for the Appendages to appear, and use Barret's Elemental + Ice attacks to hit hard, while slamming them with Ice Magic. Once you've destroyed the Appendages, target the Heart, which will allow you to Stagger Failed Experiment. If you can deal enough damage while Staggered, you can wrap this fight up quickly.

Unknown Entities will continue harassing you throughout the fight, but by casting Silence on Failed Experiment, you can significantly limit their effectiveness, and won't have to spend too much time destroying them. Focus on hitting Failed Experiment and ignore the little guys for the most part.

Hide behind obstacles during Plasma Discharge

Failed Experiment will use its ultimate attack Plasma Discharge to strike almost the entire field in one blow. However, you can avoid this attack by hiding behind the obstacles on the map.
These obstacles are not close to the position from where you start the battle, so you'll have to move closer to these obstacles during the battle in preparation for Plasma Discharge.

Post (1 Comments)
Opinions about an article or post go here.
Opinions about an article or post
We at Game8 thank you for your support.
In order for us to make the best articles possible, share your corrections, opinions, and thoughts about "How to Beat Failed Experiment | Boss Fight Guide (Normal & Hard Mode)" with us!
When reporting a problem, please be as specific as possible in providing details such as what conditions the problem occurred under and what kind of effects it had.