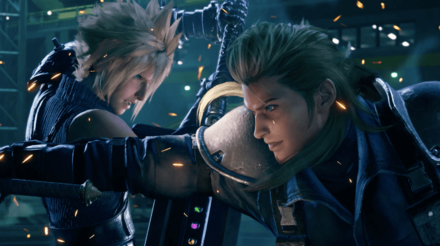 This is a guide to beating the Boss Roche in the game Final Fantasy 7 Remake. This article explains Roche's attack patterns, weaknesses, and tips and strategies for defeating him on both Normal and Hard Mode.

A 3-C SOLDIER operator who loves bikes, speed, and anyone capable of going toe-to-toe with him. He is ostracized by many in the organization, however, due to his antics and general disregard for anyone's safety.

Hitting him with physical strikes and blocking his attacks will eventually make him easier to interrupt.

No Enemy Skills can be learned from Roche.

How to Pressure Roche

Since Roche is weak to Fire, cast Fira for extra damage whenever you counter his attacks with Punisher Mode's auto-counter since he will pause for a while before attacking again.

This is the proper Boss battle in a while, though he is kind enough to completely heal you up before the battle starts! Keep in mind that in Hard Mode, Roche won't recover Cloud's HP and MP before the battle as he does in other modes. 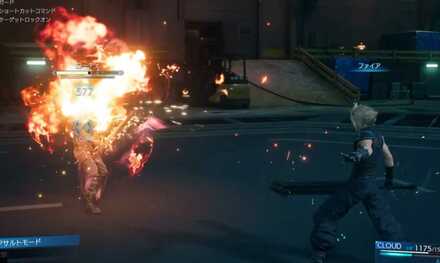 Roche is weak to Fire Magic, so by equipping Fire Materia to Cloud, you'll be able to put pressure on him repeatedly throughout the fight by casting Fire on him.

How to Get the Fire Materia 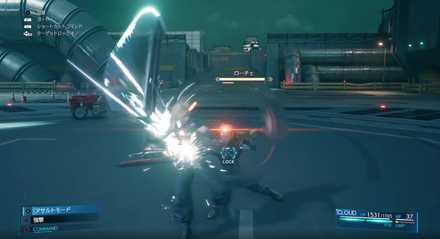 Although not all of his attacks are susceptible to it, many of Roche's attacks can be successfully countered by switching to Punisher Mode and holding R1. When Roche comes in with an attack, Cloud will counterattack and deal significant damage back to him.

After taking some damage, starts to get serious 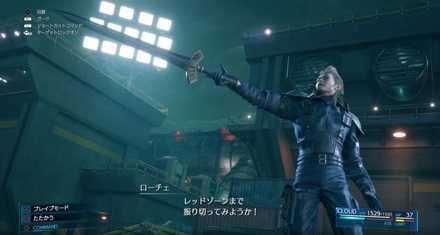 After he's taken a few hits, Phase 2 of the battle will begin, during which Roche will start to use his rushing attack which can't be countered with Punisher Mode at certain ranges. He'll become harder to stun with Fire Magic as well, and will dodge often and avoid your attacks.

Attack once or twice, then wait and see

Since Roche won't take as much knockback from your attacks in Phase 2, hitting him with repeated strikes will just set you up to be hit by his next attack. Instead, go for one or two good swings, then watch to see what he does next. If he starts returning with an attack of his own, hold R1 to block and set yourself up to counter his move.

You will have to fight multiple battles in a row against multiple enemies to get to Roche, so relying on Physical damage is recommended. This is where the Hardedge comes in handy. With its high Physical damage stat you do not have to worry about using spells.

Its weapon upgrade Bloodsucker is also helpful to make sure you will have enough health when you get into battle against Roche.

Chain Bangle has pretty good physical and magic defense. You will need both against Roche. The extra materia solidfies it as the recommended armor to use!

Fire linked with Elemental is going to be effective against Roche and the human enemies you have to beat to get to him. This will also make sure you will be able to save your MP for healing.

Deadly Dodge is good against the crowd of infantry men you will be facing. It will let you dodge in to get close and do a wide area of attack, hit every enemy near you.

You will need Healing and Chakra to recover your health. Use Chakra as much as you can and only use Healing spells when you need to recover much more.

Keep a Balance of Offense and Defense 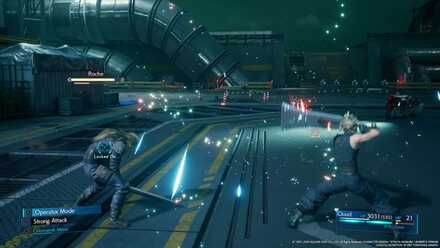 Doing enough damage and blocking enough damage will break Roche's defense. You will see a barrier around him shatter and he'll look tired right after. This is the time to go all out on offense. Attacking him while he is in this state will pressure him, making staggering him more easy! 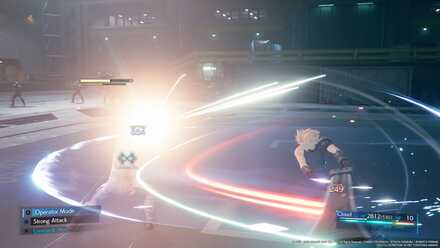 You can counter any of his Physical attacks you can block. Even his dash attack is counterable if at the right distance. Use this to your advantage and keep on the offense! 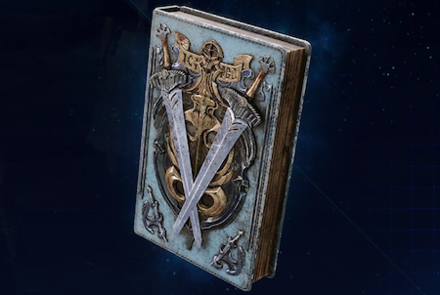 When defeating Roche on Hard Mode, you'll receive Vol. 6 of Cloud's Manuscript, raising his SP by 10. By beating bosses on Hard Mode, you can collect most of the 14 Manuscripts for each character, so be sure to check out our guide to learn where to find each Manuscript! 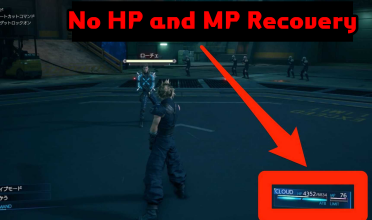 On Hard Mode, Roche will not restore Cloud's HP and MP like he does on other difficulty settings, so you won't have a chance to recover from your wounds taken while fighting the earlier enemies. Try to conserve your HP and MP as much as possible while fighting with the others, especially saving MP for using Fire against Roche. 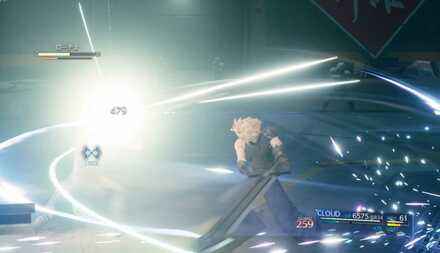 Similar to the Normal Mode strategy, you'll want to focus on using Fire Magic and countering his attacks with Punisher Mode's auto-counter. Roche will deal significantly more damage than in the original fight, so it's a good idea to set up Barrier or even Manawall on Cloud at the start of the fight to help weather Roche's onslaught of Physical and Magic attacks.

In order for us to make the best articles possible, share your corrections, opinions, and thoughts about 「How to Beat Roche | Boss Fight Guide (Normal & Hard Mode) | FF7 Remake」 with us!