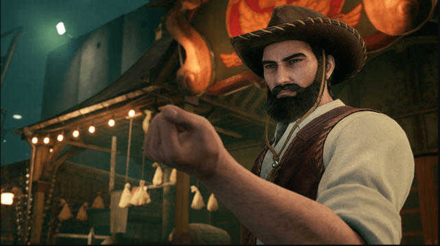 This is a profile of the character Chocobo Sam from the game Final Fantasy 7 Remake. Read on to learn about this character's voice actor and characteristics.

A New Character in the Remake

Chocobo Sam is an exclusive solely made for the FF7 Remake. He has some part in the selection and/or transport of brides to the mansion of Don Corneo. He also appears to hold some sort of sway within the Wall Market.

A Whole New Experience in Midgar!

Chocobo Sam owns the Chocobo Hut, a delivery and sightseeing service. It hasn't been confirmed yet, but there's a high chance that you'll be able to ride Chocobos in Midgar by talking with him.

Register as a member and get all the information you want. (It's free!)
Login
Opinions about an article or post go here.
Opinions about an article or post
We at Game8 thank you for your support.
In order for us to make the best articles possible, share your corrections, opinions, and thoughts about "Chocobo Sam" with us!
When reporting a problem, please be as specific as possible in providing details such as what conditions the problem occurred under and what kind of effects it had.