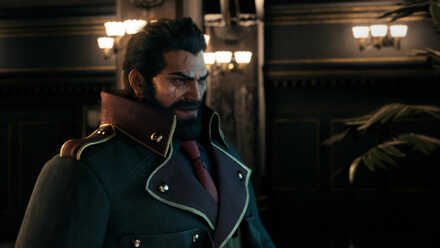 This is a profile of the character Heidegger from the game Final Fantasy 7 Remake. Read on to learn about this character's voice actor and characteristics. 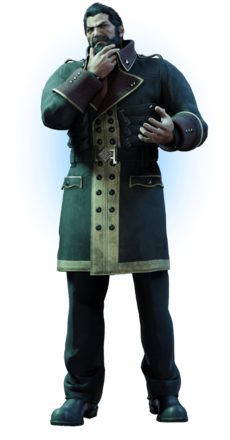 As the head of the Public Security division of Shinra, he acts as the commanding officer of Shinra's standing army. He follows orders from his boss faithfully, but he draws a line at going beyond what is requested of him.

An unreliable character in the original game

In the original FF7, Heidegger has the Turks elite force under his command, but the more-capable Tseng actually pulls the strings. And when things don't work out his way due to his own ineptitude, he gets frustrated and takes it out on his subordinates.

Judging by the little screen time he gets in Part 1 of the Remake series, it appears as if Heidegger is being painted as slightly more capable than in the original FF7. However, his scenes are largely spent with his subordinates who obey him without question, which may skew our perception of him. We have yet to see how well he keeps his composure when faced with Rufus leading Shinra.

In the original game, Heidegger was known for his idiosyncratic laugh of “Gya haa haa haa!”, to the disdain of Rufus Shinra. Fans may be glad to know that he maintains his unique laugh in the Remake. Then again, other fans may side with Rufus on this one.

In order for us to make the best articles possible, share your corrections, opinions, and thoughts about 「Heidegger | FF7 Remake」 with us!