Combat Tips and Guides | The Witcher 3 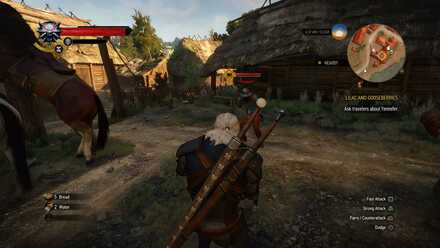 This is a guide to combat in The Witcher 3. If you want to know the best way to fight and defeat enemies in The Witcher 3, as well as learn about different techniques available in combat, please read on. 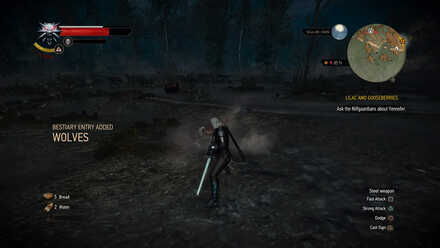 Fast Attacks are low damaging attacks, but their quick animation sometimes causes the enemy to stagger and give you more time to strike again or step back. This will be the attack that you will be using most of the time to deal damage. Putting ability points into the skill Muscle Memory early in the game is a good idea as it will make your basic combat actions even stronger. 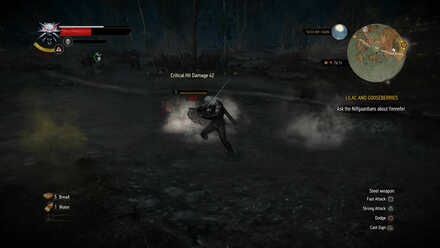 Strong Attacks are high damaging attacks, but they can easily be punished due to the slow animation. Use this attack if you are sure that the enemy is going to be vulnerable for a few seconds. You can increase the power of these attacks early on by investing points into the skill Strength Training. 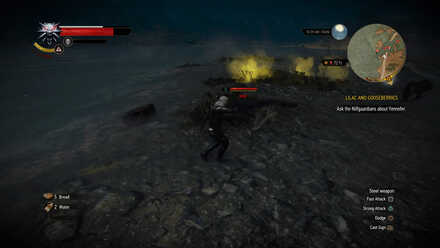 Parries are used to block enemy attacks, so use parry if you are sure that the enemy will attack. Parrying right before the enemy strikes will grant you a counterattack, which can be followed with another attack to tack on even more damage. Once you understand the animation of the enemy's attacks, try to perfectly time your counter attacks to deal damage while preventing any damage taken for an easier combat. However, note that not every enemy's attacks can be parried! 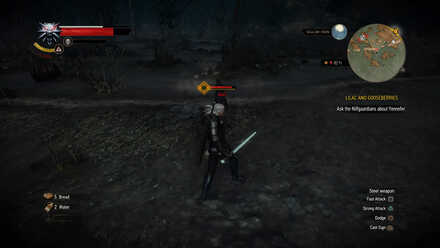 Dodging is extremely useful to quickly make the enemy miss their attack, giving you the opportunity to strike back. Rolls are useful in creating some distance between you and the enemy to plan your next move. Make use of both Dodges and Rolling to give your stamina time to regerate, allowing you to cast a sign. 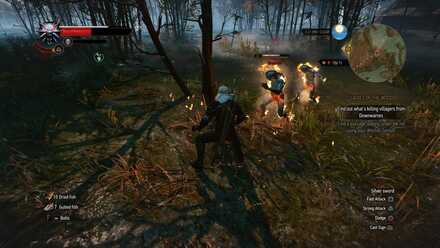 Each of the 5 signs has its own unique effect in battle and using your signs against enemies greatly helps you in combat. Some signs are more effective than the other depending on the situation, these signs can be upgraded by using the skill points inside the Character Menu. One effective technique to combat is to make frequent use of the Quen Sign, which is especially useful at protecting you from otherwise deadly attacks if you invest points into the ability Exploding Shield. 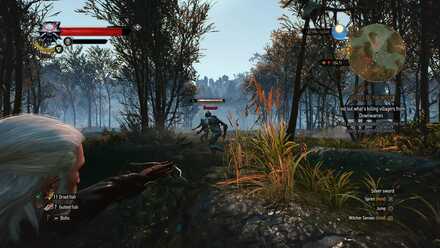 The crossbow is mainly used to bring down flying enemies that you cannot reach with your sword. However, you can also use it to deal damage to far away enemies and to lure them towards you to get the advantage for the given terrain. When you are presented with several enemies in a group and you do not feel like attacking them head on and engaging in combat with multiple foes, picking a couple of them off with the crossbow, or lowering their HP so they can be taken out more easily is a very useful method. 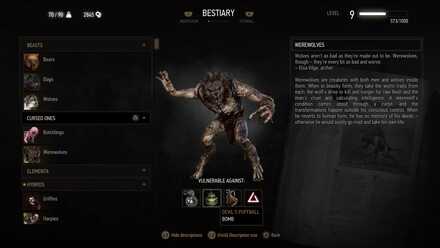 Most enemies have some kind of weakness to an item or sign. If you already killed an enemy once, you can easily check its weakness in the Bestiary. Here you will be able to see what type of items and signs it is weak against, making your next fight against it easier. You can check the Bestiary by accessing the Glossary inside the Game Menu. In addition, you can find monster weaknesses in our wiki section on Monsters. 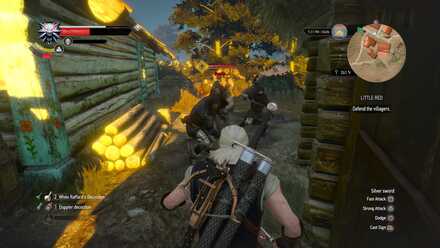 Prioritizing the wrong enemy can make fighting more difficult than it should be, especially when fighting against a large group of enemies with different weapons. When fighting against Bandits, try to focus on killing the archers first. This can be fairly quick, due to their weak defense and long reload time. The next ones you should focus are the melee attackers who are not carrying a shield. They are more vulnerable to your attacks than the ones who are carrying a shield.

In order for us to make the best articles possible, share your corrections, opinions, and thoughts about 「Combat Tips and Guides | The Witcher 3」 with us!