The Best Weapons, Armors, and Equipment Sets | The Witcher 3 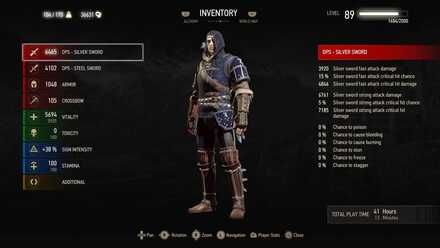 This is a page on the Best Armors and Weapons in the game The Witcher 3. Read on to learn what are the best items you can equip with their effects in the game. 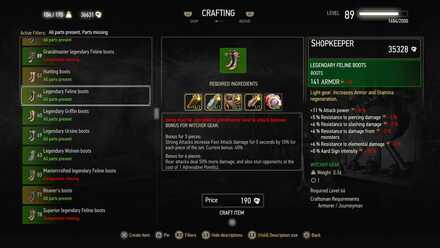 Witcher Gears are the best armor sets you can get in the game because of the additional set bonus provided once you are wearing all 6 of them. They can also be upgraded to the more-powerful Master versions, and you can push the upgrades up to Grandmaster if you have the Blood & Wine DLC.

Not only that, but they can be further improved by starting a New Game+ to unlock the Legendary version of the items, with even better stats. However, this will require you to start the game all over again and look for each diagram to make the Legendary armor available for crafting. 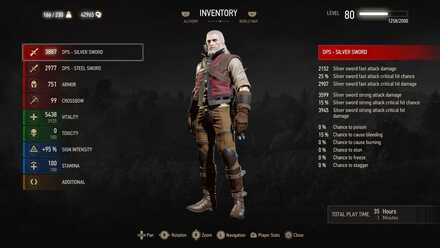 Wolven armor is a medium-weight gear that gives the most balanced stats for both offense and defense among all the witcher gears. The bonus effect from this Witcher Gear allows you to apply multiple oils to your sword at the same time and makes your bomb throw more faster. This armor set works best with the balance use of sword, signs, and items. 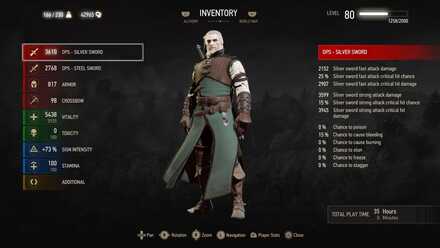 Ursine Witcher Set is a heavy-weight gear that drastically increases your armor and adrenaline gain. This armor set is recommended for players who likes to play as defensive as possible and slowly taking out the enemies with perfectly timed strong attacks. This build relies on using decoctions, oils, and potions to increase their damage output when fighting thougher opponents. 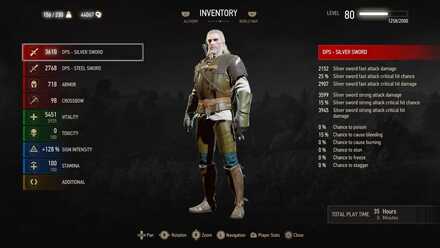 Griffin Witcher Set is also a medium-weight armor that mainly focuses on increasing your Sign Intensity to maximize the use of your signs. This Armor Set is perfect for people who likes to use Signs during fights and instantly deal damage. 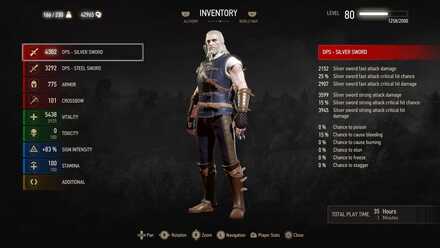 Feline Witcher gear is a light-weight gear that mainly boosts your stamina regeneration and attack power. This armor set is most suited for players who like to dish out the most damage with fast attacks and be as mobile as possible. This build relies on dodging and rolling because of the increased stamina regen to make up for the extremely low defense. 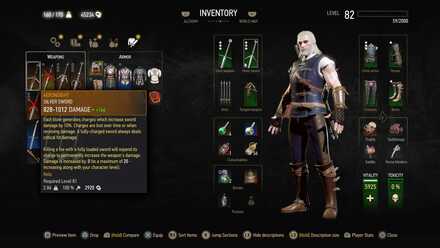 Aerondight's ability to generate charges and to permanently increase your damage puts this weapon to the top. If you want to deal the maximum damage possible in the game this is the best weapon available in the whole game. Aerondight is a weapon that is only available on the Blood & Wine DLC and can be received after finishing the quest called There Can Be Only One. 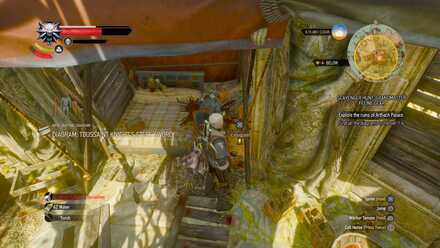 Toussaint Knight's Steel Sword can be crafted after getting the diagram dropped by the leader at Hanse Base in Toussaint. This weapon's +300 Armor Piercing stat with +100% Critical hit damage bonus makes this weapon extremely powerful against any foe. It is one of the best steel swords available in the whole game. 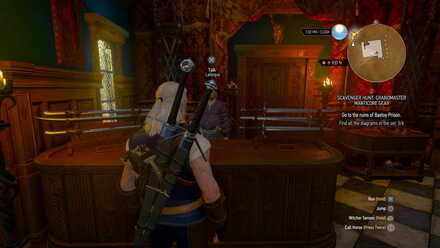 You can unlock the upgrades for Grandmaster and the Manticore Witcher Gear after finishing the quest called Master Master Master Master!, given by Lafargue, which is only available in the Blood & Wine DLC.

Register as a member and get all the information you want. (It's free!)
Login
Opinions about an article or post go here.
Opinions about an article or post
We at Game8 thank you for your support.
In order for us to make the best articles possible, share your corrections, opinions, and thoughts about "The Best Weapons, Armors, and Equipment Sets" with us!
When reporting a problem, please be as specific as possible in providing details such as what conditions the problem occurred under and what kind of effects it had.