What are Mutagens | The Witcher 3 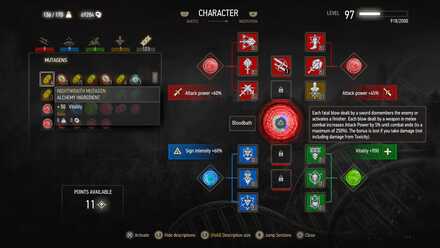 This page contains information on What are Mutagens in the game The Witcher 3. Read on to learn more information on how to use mutagens and its effects. 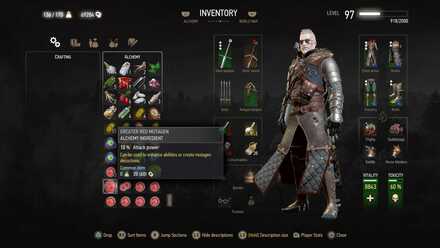 Mutagens are items that you can equip inside the character tab to boost your stats to improve your combat capabilities. The three main stats that can benefit from equipping mutagens are Attack Power, Sign Intensity, and Vitality. These stats can be further improved depending on the rarity of the Mutagen you equip and on the type of the skill you equipped the mutagen with.

How to Use Mutagens 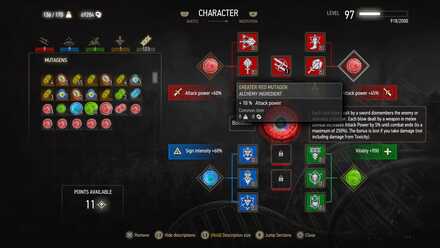 There are four mutagen slots that can be located at the far left and far right side inside the character tab. You can easily distinguish these slots because of their 90° rotation forming the shape of a diamond, making them a little bit different from the skill slots. You can equip mutagens on these slots to gain a small boost on your stats.

Equipping the same colored skill on the skill slot next to the equipped mutagen can further increase the bonus stats that you will receive. Keep this in mind when placing your skills and mutagens in different orders to maximize the bonus effect.

Where to get Mutagens 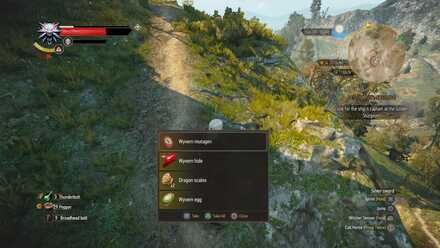 Mutagens can only be received by killing enemies, looting, and alchemy which makes them really difficult to collect. Try clearing nearby Points of Interests on the map. These locations usually contains enemies that has a good chance of dropping Mutagens. 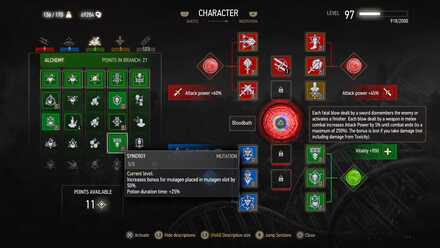 You can Increase the benefits from mutagens by learning and equipping the skill from the alchemy branch called Synergy. This skill can improve the effects of your mutagens by up to 50%.

Post (0 Comments)
Opinions about an article or post go here.
Opinions about an article or post
We at Game8 thank you for your support.
In order for us to make the best articles possible, share your corrections, opinions, and thoughts about "What are Mutagens" with us!
When reporting a problem, please be as specific as possible in providing details such as what conditions the problem occurred under and what kind of effects it had.