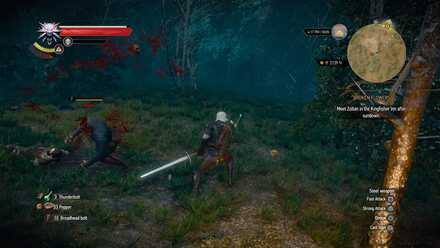 This is a guide to the best early game builds and skills to learn in The Witcher 3: Wild Hunt. Read on to learn more information about the best skills and builds available for the early game. 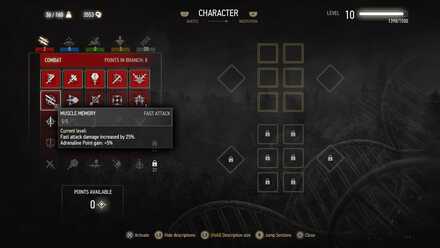 You will mostly be fighting against medium and small sized enemies that can easily be staggered even by Fast Attacks. Investing on Fast Attacks as an early build will boost your damage by a lot. Maxing out Muscle Memory to level 5 will help you maximize your damage output when using Fast Attack. 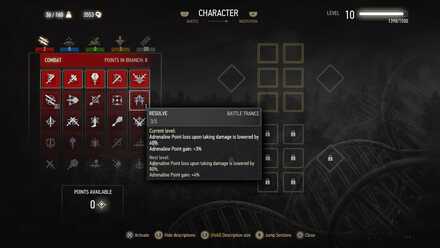 Each blows you land during battle generates Adrenaline Points, which increases your weapon damage. Maxing out Resolve early on in the game is a great way to buff your attacks without investing coins for a better weapon. 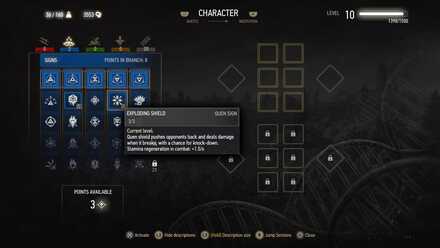 Picking up Exploding Shield can be extremely useful when fighting against multiple enemies. Quen Shield will push enemies back after it breaks, giving you space to attack or step back safely. 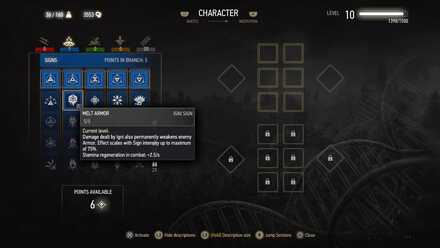 Melt Armor permanently weakens the armor of the enemy when hit by Igni. This is extremely strong when used with Fast Attacks against strong enemies with tough armor. 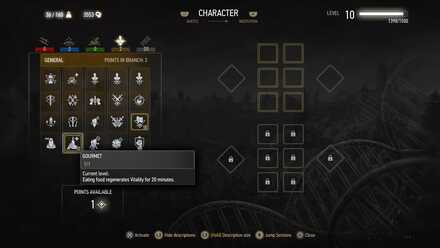 Gourmet will continously regenerate your health for 20 minutes even in combat after eating food. This will reduce the amount of food you consume during combat because of the passive healing. 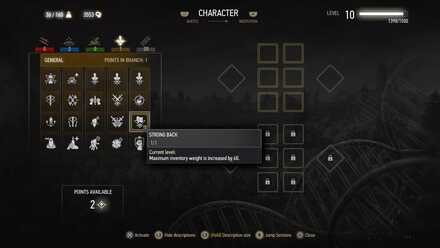 Investing early on the ability Strong Back is really helpful and convenient. This skill solves the weight limit problem that you will have early in the game when you do not have any good saddlebags yet. This also allows you to loot more items before going back to the merchant or to your stash. 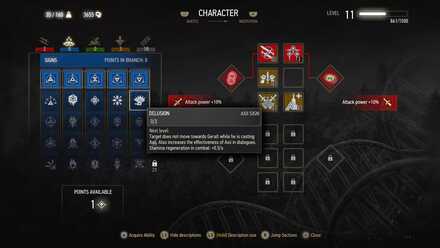 Delusion gives you an option not to pay money during dialogues, so learing this early on can help you save money when doing quests. This is also effective and useful during combat. Upgrading Delusion will stop the target moving towards you while using the Axii Sign. 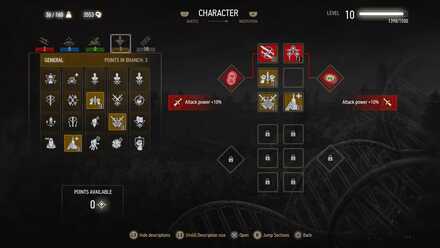 This build relies on fast attacks that deal critical damage provided by Muscle Memory and Resolve from Combat Skills and Battle Frenzy from General Skills. This build also receives a passive health regeneration with the help of Gourmet.

Skills To Invest In 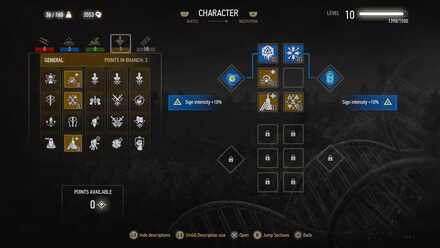 This build focuses on allowing you to use Quen and Igni without worrying about your stamina for both your offense and defense. Maxing out Exploding Shield and Melt Armor for Signs while increasing Rage Management, Survival Instinct, and Gourmet from General Skills. This build also weakens the enemy's armor, making them more vulnerable to your attacks.

Skills To Invest In

In order for us to make the best articles possible, share your corrections, opinions, and thoughts about 「Best Early Game Skills and Builds | The Witcher 3」 with us!