How to Play Gwent | The Witcher 3

This is a guide on how to play the card game Gwent in the game The Witcher 3: Wild Hunt. Read on to learn the basic rules of the game, the differences between each deck, and the details of gameplay.

How to Play Gwent: Game Basics

Gwent is a strategic card game in which players compete with decks of Unit Cards and Special Cards to have the most total Power on the board. Players are required to win two out of three Rounds to claim victory.

Before starting a game of Gwent, Geralt will be able to choose a Deck to play with, each based on a Faction in the world of The Witcher series. The decks available are Northern Realms, Nilfgaardian Empire, Scoia'tael, and Monsters, with an additional Skellige Clans deck available in the Blood and Wine DLC.

See our list below to learn about what cards are available in each Deck.

Geralt must play using the cards he has obtained throughout his travels, and he can choose which cards from a given Faction he will use in a Deck. Neutral Cards and Special Cards can be used with any Deck.

To use a Deck, a minimum of 22 Unit Cards are required. Geralt starts out with a full Northern Realms deck, and it will take some time playing Gwent to acquire enough cards in the other Decks to be able to use them. A deck can also include anywhere from 0 to 10 Special Cards.

Each Unit Card has a Power from 0 to 15 which determines how many points the card provides to the player. At the end of the game, the player with a higher total Card Power on their side of the field wins.

The field is divided into three rows on each player's side – close combat, ranged, and siege. Each Unit Card has an icon showing its Range, which determines which of the three rows it can be played in.

How to Play Gwent: Playing the Game

Each player will draw 10 cards from their Deck at the start of the first Round. Aside from card-drawing Effects and Abilities, these are the only cards you will be able to use for all three Rounds, so it's not always best to play all your strongest cards in the first Round!

Each turn, each player will play a single card from their hand. This continues until both players have either run out of cards, or decided to Pass.

After a player Passes once, they won't be able to play again until the Round is over, so their opponent will be able to play as many cards as they want in a row. Be sure to wait until you're done playing cards to Pass.

When a Round ends, the player with more Card Power on their side of the field wins.

To win a game of Gwent, a player must win two of the three Rounds. If a single player wins both of the first two Rounds, the third Round is skipped.

How to Play Gwent: Details

Each Deck has a special, unique Perk that benefits players who use it.

Some cards have special Abilities which usefulness beyond simple Card Power and brute force. A card's Ability is indicated by a special icon appearing on the card.

In addition to Unit Cards and Special Cards placed within a Deck, each Deck uses a Leader card which is held separately. Leader Cards each have a unique Ability usable during any Round of play. Some Leader Abilities are activated at a specific point during the game; others have a continuous effect lasting throughout the game.

If both players have the same Card Power at then end of a Round, the Round will count as a loss for both players.

If the third and final Round ends in a draw, the game will end with no rewards or losses, and Geralt will have a chance for an immediate rematch. 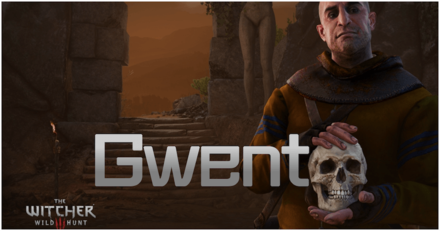 In order for us to make the best articles possible, share your corrections, opinions, and thoughts about 「How to Play Gwent | The Witcher 3」 with us!