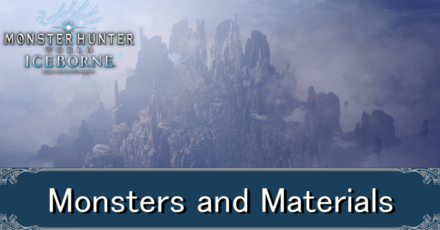 The Guiding Lands is more complex and diverse than any other locale in Monster Hunter World (MHW). Here is a complete list of monsters, their special material, and where they appear in The Guiding Lands!

What is the Guiding Lands? 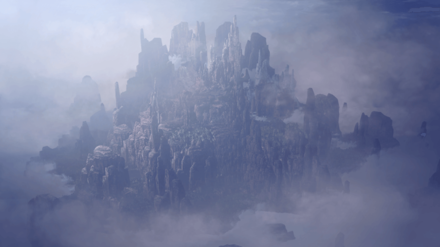 About Monsters in the Guiding Lands 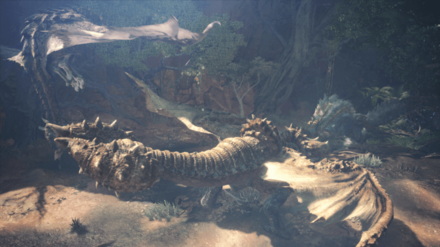 Almost every monster in the game appears in The Guiding Lands. There are a few new ones as well!

Different types of monsters have a chance of appearing as you level a region up. We have a comprehensive list below if you want to check out which monster appears when and where!

How to Lure Monsters 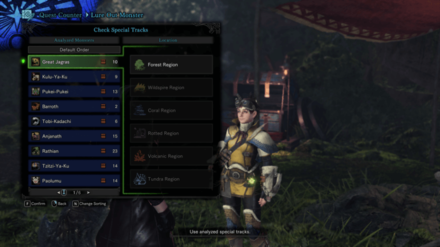 Monsters in The Guiding Lands usually leave behind special tracks from Signs of a Turf War. You can also get special tracks by slaying or capturing monsters, or by breaking a large monster's body part.

Once you fully analyze the special tracks, you can use these to lure out monsters from a specific region. You can do this by talking to the Handler at one of the campsites, then choose which specific monster you lure at which region. After a little while, the monster should appear at the region you chose.

When the region's level is high enough, any monster that you lure will automatically be a tempered version, so make sure to look out for that!

List of Where Monsters Appear and their Unique Materials

Monsters Appearing in the Forest Region

Monsters Appearing in the Wildspire Region

Monsters Appearing in the Coral Region

Monsters Appearing in the Rotten Region

Monsters Appearing in the Volcanic Region

Monsters Appearing in the Tundra Region

Register as a member and get all the information you want. (It's free!)
Login
Opinions about an article or post go here.
Opinions about an article or post
We at Game8 thank you for your support.
In order for us to make the best articles possible, share your corrections, opinions, and thoughts about "Guiding Lands Monsters and Locations" with us!
When reporting a problem, please be as specific as possible in providing details such as what conditions the problem occurred under and what kind of effects it had.