This is a guide to countering the Alatreon in Monster Hunter World (MHW) Iceborne. Read on to learn about Alatreon' Weaknesses, skills that counter it, and recommended setups.

Alatreon is a unique monster in that it is capable of switching elements in the middle of the fight. Its attacks will not change much but its elemental weakness does. Elemental damage is a must have against Alatreon to knock him down. This makes knowing the starting elements of Alatreon a necessity. 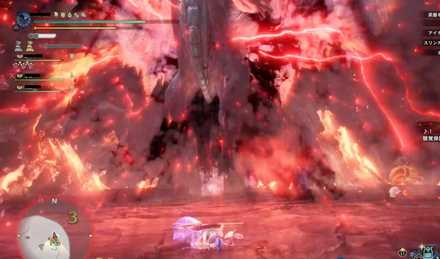 To conquer the elemental elder dragon, you'll need to learn all about its elemental states and Escaton Judgement. We have full guide on conquering alatreon with the link below!

Using elemental weapons that counters Alatreon's starter element is a must (ice for fire and fire for ice). Keep launching elemental attacks to bring down Alatreon then break its horn to weaken the Escaton Judgement!

How to Survive Escaton Judgement

Escaton Judgement is Alatreon's supermove and also signals his elemental shift from Dragon Element into the opposite element of its previous one (from fire to ice and vice versa). Breaking Alatreon's horn will stop Alatreon from shifting to his next element AND it will also weakn the attack. While the attack whittles your HP, use an Astera Jerky or a Max Potion to counter its damage.

Using elemental weapons is the key to weakening Escaton Judgement. This is why knowing which element Alatreon starts out with is important. Dealing enough elemental damage to Alatreon will seal its power. 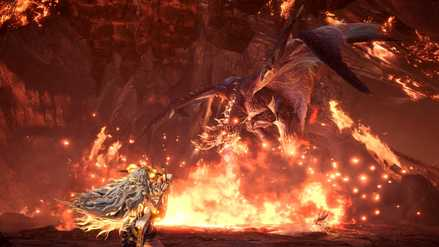 The Downside of choosing a starting weapon is the necessity to weaken escaton judgement AND breaking Alatreon's horn. If you fail to do either of the two tasks, the quest is pretty much over (or difficult). If you fail to break Alatreon's horn, it will switch to the same element as your weapon making you practically useless in the remainder of the fight.

Kjarr weapons from Kulve Taroth is a near necessity against Alatreon. These weapons come with a passive Critical element skill that amplifies your elemental attacks when they critically strike. They also have a high base damage making them still worthwhile against Alatreon's dragon element.

Safi Weapons are great too, they have a higher base elemental damage than kjarr weapons making their damage more consistent. They can also work with a True Critical element setup from Silver sol if you fully wish to make an elemental loadout.

This is a sample loadout with the bare necessities to fight against Alatreon. Several affinity skills are added to take advantage of Kjarr's elemental damage abilties. It lacks Partbreaker which can make breaking Alatreon's Horn difficult but it will not suffer in regards to dealing elemental damage to weaken Escaton Judgement.

Best Items To Bring Against Alatreon

Register as a member and get all the information you want. (It's free!)
Login
Opinions about an article or post go here.
Opinions about an article or post
We at Game8 thank you for your support.
In order for us to make the best articles possible, share your corrections, opinions, and thoughts about "Alatreon Counterbuilds and Counter Skills" with us!
When reporting a problem, please be as specific as possible in providing details such as what conditions the problem occurred under and what kind of effects it had.