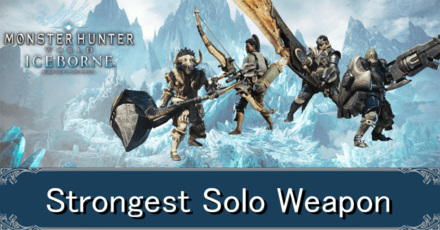 Ever wonder what the strongest solo weapon is in Monster Hunter World (MHW)? Read on to find out where your favorite weapon ranks at!

This tier list is based on how easy a weapon is and how well it does with Solo Time Attack (TA) restrictions. Specifically, this tier list was tested on the optional quest called M★5 Clashing Swords Upon the Rime, where you have to hunt Velkhana.

So S Tier weapons would be weapons that deal a ton of damage while also being beginner-friendly, and C Tier weapons are complex and hard to master to get to its true damage potential.

Take note that some weapons definitely do better in multiplayer. So take heart, Hunting Horn mains!

What is Solo Time Attack (TA)?

Solo TA is a subcategory under speedrunning. It is very much speedrunning, except with a stricter set of rules. Solo TA is focused on a weapon and its build's capacity to deal damage in the quickest way, without external help, e.g. your Palico, Paratoads, Traps, and Mantles. 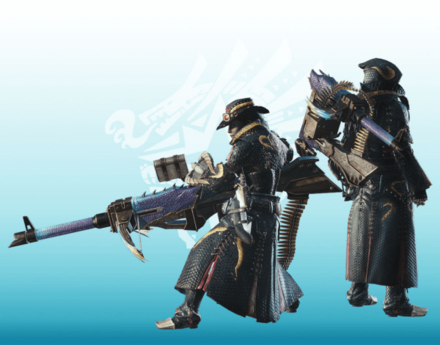 Heavy Bowgun users have low mobility, but its simple controls and high damage more than make up for it. 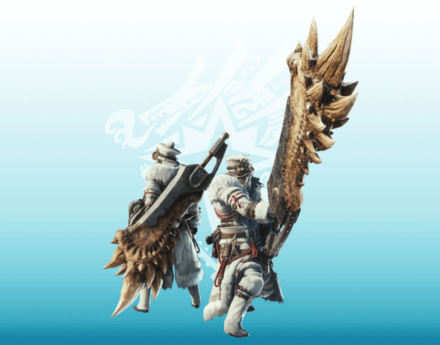 The Great Sword is probably one of the slowest weapons in the game, but also one of the most hard-hitting. It is also relatively easy to learn; most of what Great Sword users have to learn is a monster's moveset rather than their own.

Its True Charge Slash, while hard to setup because it takes a long time to charge, deals a huge amount of damage when done right. Great Sword users can also use the Tackle move during charging their attacks so that they don't get interrupted mid-charge. 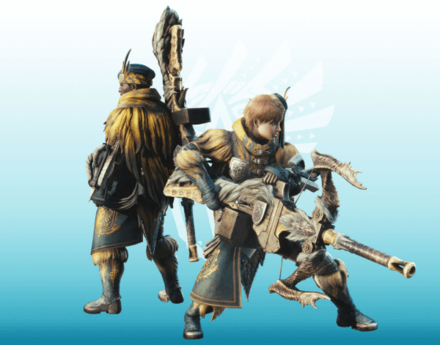 While dealing lesser damage does not sound good at first, sheathing your weapon quicker, reloading faster, and being able to reload while evading is the big advantage of the Light Bowgun. In the right hands, the Light Bowgun can deal a lot of damage because of its constant uptime. 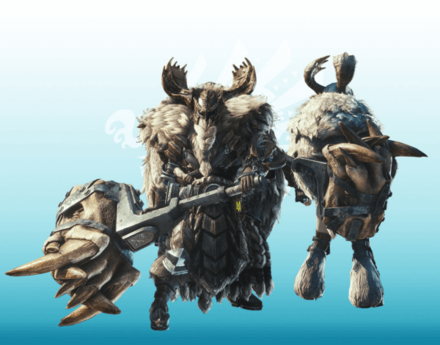 The Hammer, like the Great Sword, is another hard-hitting weapon that is relatively easy to learn. Not only does it have high base damage, but it is also effective at knocking out monsters, which can lead to its highest damaging combo, the Big Bang.

While it has a shorter reach than the other S Tier weapons, this can be easy to bypass with moves like the Swinging Flying Smash, which allows you to roll around on the monster, dealing continuous damage. 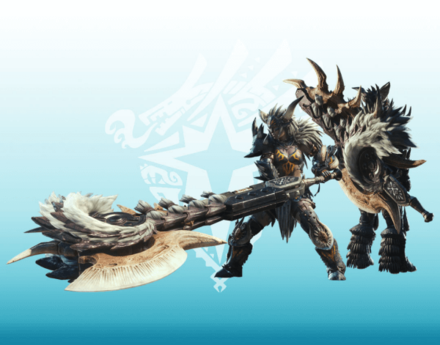 The Switch Axe got its name from its ability to switch weapon forms, from the high mobility and long reach Axe form to the big damage-dealing Sword form. The Switch Axe also has Phials at its disposal, useful for applying status effects to the monster while in Sword form, or just increasing the attack power of the Switch Axe.

Even though it is a bit complicated to learn because of the two different forms it offers, Switch Axe users can easily adjust to any monster thrown their way with the weapon's great versatility. 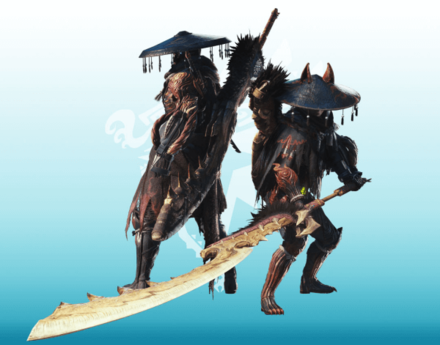 Long Sword users have the ability to be mobile, output high damage, and have a long reach (hence the name). It sets itself apart from other weapons with its complex Spirit Meter mechanic.

The Spirit Meter can be filled up and levelled up through executing combos that opens up the Long Sword for more moves that deal even more damage. One of the moves is the Spirit Helm Breaker, an incredibly flashy and powerful move that can definitely break a few monster parts. 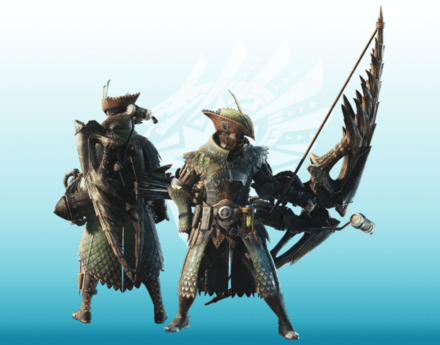 Bow users have to always be thinking about two things in order to deal max damage: aiming at a monster's weak spots and being in range. On top of all this, the Bow is very stamina-heavy, so Bow users also have to be careful and save enough stamina to evade a monster whenever it comes for them.

Because it is so aim-intensive, Bows can be a good weapon for players that come from an FPS background. 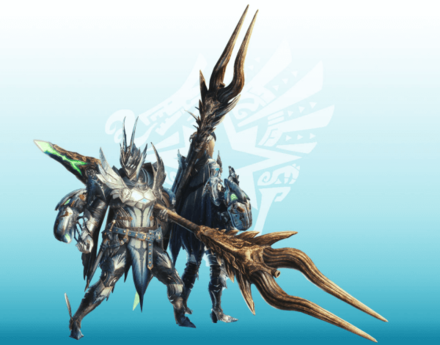 The Insect Glaive is a great weapon for mounting monsters and just being an annoying fly around the monster. Which is in character, because the Insect Glaive also has a Kinsect that gathers essences from monsters. Each essence gathered serve as a buff to the hunter, further enhancing their ability to deal damage.

Of course, with everything that the Insect Glaive offers, it can be a bit hard to learn. But with its incredible vertical mobility and its capability of mounting a monster, it has the potential to deal big damage while staying safe. 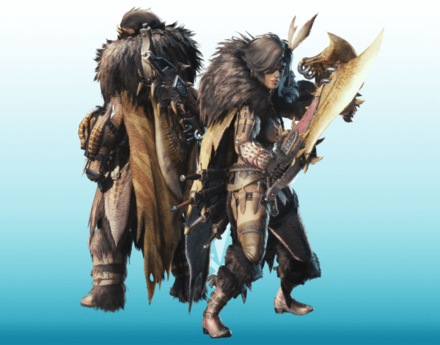 The Dual Blades have the fastest attack speed out of all the weapons in Monster Hunter World. The Dual Blades offer its users the stamina-heavy Demon and Archdemon modes, which have a different moveset that is stronger and faster.

Like the other weapons with different modes, it can be a bit more difficult to learn than others. Its short reach can also make taller monsters harder to hit. But it can be a lot of fun to use, and it definitely has a lot of damage potential hidden within its Demon and Archdemon modes. 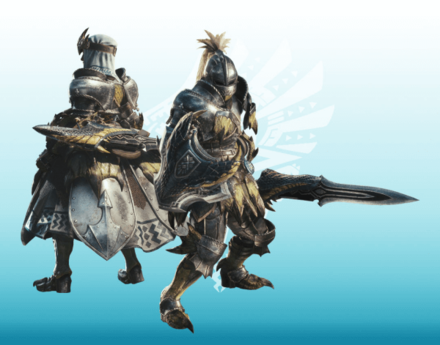 The Sword and Shield is perhaps the most well-rounded weapon in the game, offering both offensive and defensive capabalities to its user. However, its highest damage dealing move, the Perfect Rush, can be hard to execute.

The Sword and Shield is also the only weapon in the game that doesn't need its users to sheath it to use items like Potions, Nulberries, or Bombs. 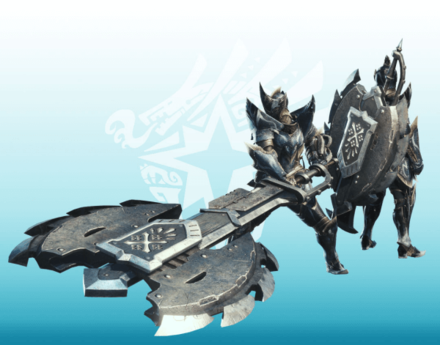 The Charge Blade, while being incredibly powerful, can be difficult to use, especially for beginners. There is a lot of prep work that goes into the Charge Blade to allow it to perform its strongest moves: the Super Amped Elemental Discharge or the Axe combo.

But in the right (and persistent) hands, the Charge Blade hits like a truck. Its users can also protect themselves with a perfectly-timed Guard Point. 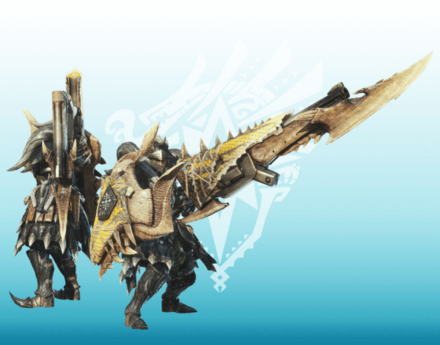 The Gunlance is the second best defensive weapon in the game after the Lance. While it doesn't offer much in terms of mobility, it compensates for it in terms its damage output. Its shelling, specifically, are great for breaking stronger monster parts as it ignores monster armor.

Gunlances also have different shelling types that can lead to different playstyles. This can be an advantage for advanced players, and difficult to learn for newer players. 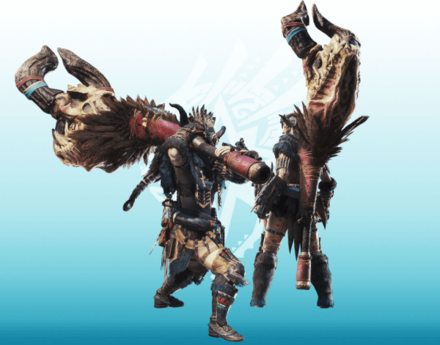 With all the buffs it can provide, the Hunting Horn is excellent in a team environment. However, in solo hunts, it can be difficult to play.

Its main strength is in its buffing songs, but those run out after some time—it might even run out in the middle of a battle. Playing your multiple songs can prove difficult in battle since it makes you almost immobile and leaves you open to attacks. 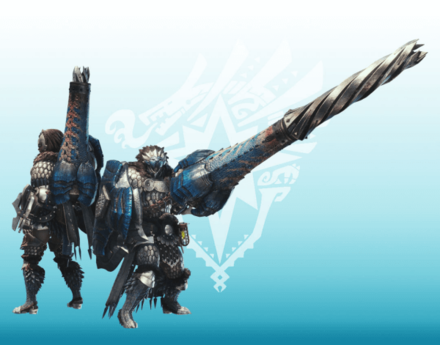 To be fully effective, the Lance requires knowledge of its own moveset as well as the monster's. Well-timed blocks and counter thrusts will protect a Lance user from a lot of damage.

However, its incredible defensive capabilities and long reach is balanced with its lack of big burst damage. More than any other hunter, Lance users also have to invest in skills like Guard to make the Lance easier to use.

Register as a member and get all the information you want. (It's free!)
Login
Opinions about an article or post go here.
Opinions about an article or post
We at Game8 thank you for your support.
In order for us to make the best articles possible, share your corrections, opinions, and thoughts about "Best Weapon Tier List | Best Weapons" with us!
When reporting a problem, please be as specific as possible in providing details such as what conditions the problem occurred under and what kind of effects it had.