How to beat Dark Ixion Tips and Guide | FFX

This is a walkthrough for the boss fight Dark Ixion from the game Final Fantasy X (FF 10, FF X). Read on for tips and strategy about how to beat Dark Ixion , including Dark Ixion's stats and other useful information. 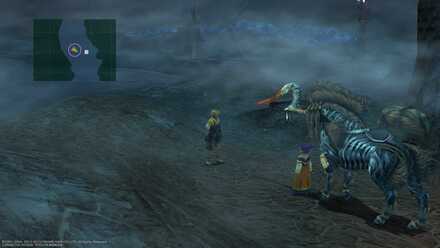 On the first battle, Ixion will be countering attacks against it. Ixions counter attacks will also inflict sleep so it is necessary to use Remedies on allies that gets hit by Dark Ixion. If your character's defense stat is low, Auto-Phoenix will be enough to keep your party in fighting condition since Dark Ixion has no attacks that can damage the whole party on the first battle. Using Multi-Hit Overdrives is also suggest

The 2nd battle becomes easier because you can focus on attacking as Dark Ixion won't counter attack anymore! Just make sure that remedies are ready to heal anyone that gets hit by Dark Ixion's attack as Dark Ixion's attacks will now inflict confuse instead of sleep which can be lethal for your team (not a problem if your party has an absurd evasion and luck stat).

Another thing that can spell a game over during Dark Ixion's 2nd battle is his overdrive Thor's Hammer which can inflicts 18,000 damage (on average) to your team and inflict Full Break. Make sure to ready Yuna's Aeons or Rikku's Hyper Mighty G to survive the attack,

Register as a member and get all the information you want. (It's free!)
Login
Opinions about an article or post go here.
Opinions about an article or post
We at Game8 thank you for your support.
In order for us to make the best articles possible, share your corrections, opinions, and thoughts about "How to beat Dark Ixion Tips and Guide" with us!
When reporting a problem, please be as specific as possible in providing details such as what conditions the problem occurred under and what kind of effects it had.