A page containing information about the Monster Arena Sidequest in the game Final Fantasy X (FFX, FF10). Read on to know more about the sidequest's rewards and unlockable bosses. 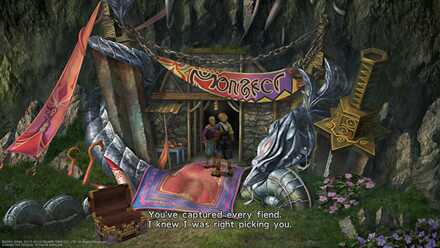 To unlock monsters in the arena, you must first capture fiends all throughout Spira. A capture weapon is required and the killing blow to the enemies must be dealt with by the user equipping the capture weapon. Enemies can be captured by damaging abilities such as quick hit, dark strike, and mug. They cannot however, be defeated by magic. 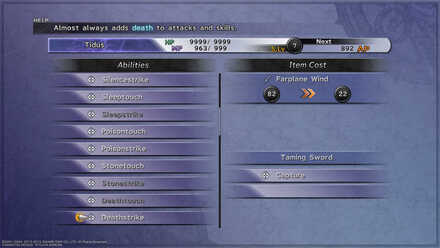 Attaching a Deathstrike ability to an equipment with the capture ability.

The capture weapons provided in the arena comes with a second empty slot. Adding status ailments such as death strike or Stone touch can be effective and will still count as a capture. Adding utility abilities such as counter attack and first strike can also be helpful against the stronger fiends. 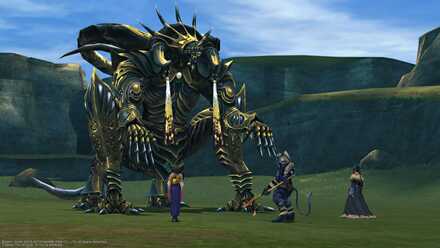 3 types of Fiends can be unlocked in the Monster Arena. Each fiend in each category can make Braska's Final Aeon look like a joke and proper preparation and leveling are required to best these enemies.

Pray at the Qactuar Stones 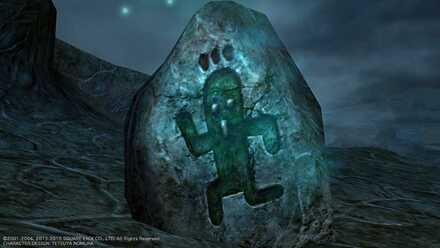 There are Qactuar stones located in the thunderplains, you must read the book about qactuars in rin's travel agency to gain the option to pray at the stones. You will be able to pray to shining Qactuar stones. To make Qactuar stones shine, dodge or get hit by lightning.

Tonberries are extremely hard to find. They can be found in the deeper parts of the Cavern of the Stolen Fayth.

Same as Tonberries, these nasty critters are extremely hard to find. Our team found that Master Tonberries are more likely to appear on the 2nd part of the Omega Dungeon.

There is a single category for the monsters of Macalania. Take note however, that Macalania has 2 parts, the forest and the Icy area. Make sure to capture enemies in the other area as well.

A slightly infamous hard to find bird. Simurgh can be found on the small patch of sunlight near the signpost separating Djose Highroad's path between the Moonflow and Djose Temple.

These monsters can be unlocked by capturing one fiend from each area. Only 1 fiend each are required to unlock the said monsters. Below are the list of Fiends for all the Area conquest, their location, and rewards.

To unlock these monsters, you must capture enemies belonging of the same species (all wolves, all iron giants, etc.).

The original monsters have unique ways to be unlocked. They mostly revolve around unlocking monsters from the area and species conquest.

Register as a member and get all the information you want. (It's free!)
Login
Opinions about an article or post go here.
Opinions about an article or post
We at Game8 thank you for your support.
In order for us to make the best articles possible, share your corrections, opinions, and thoughts about "Monster Arena Guide Unlockable Monsters and Rewards" with us!
When reporting a problem, please be as specific as possible in providing details such as what conditions the problem occurred under and what kind of effects it had.