What is Overkill? Beginner Tips and Tricks | FFX

This page contains information about Overkill in the game Final Fantasy X/X-2 Remastered (FF 10, FFVX).This page will teach you about Overkill and the benefits of gaining inflicting Overkill to enemies. 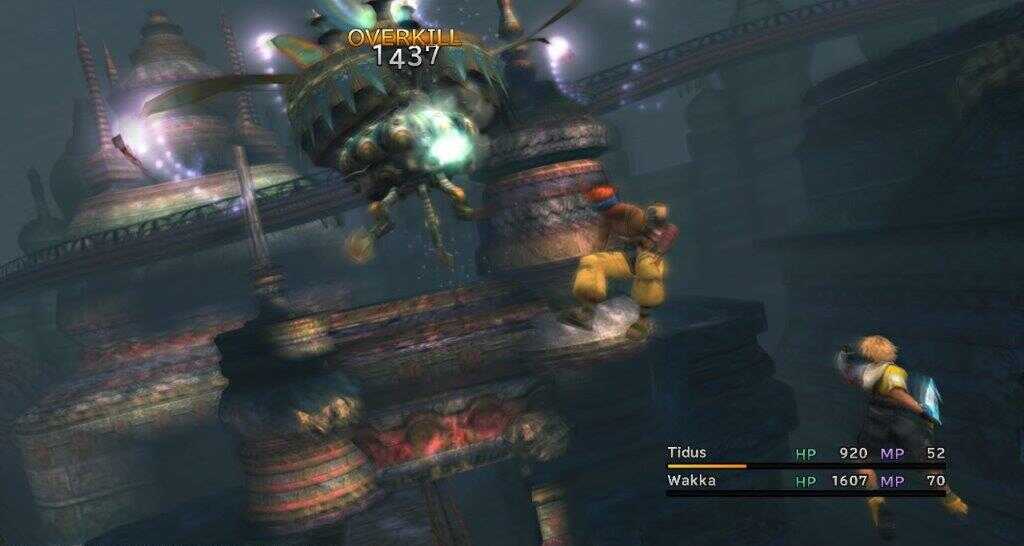 Overkill is the act of dealing a killing blow that deals excessive damage to the target enemy/enemies. 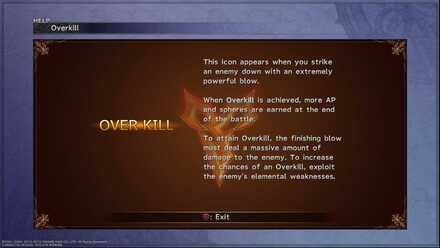 Doing an Overkill can give you more AP and Loots from enemies. Always try to do an Overkill to enemies, specially bosses as bosses drops rare items which gets increased with an Overkill.

Enemies have a hidden Overkill damage threshhold. Dealing damage greater than their Overkill stat will cause an Overkill. The Overkill stat is usually equal to 150% of the enemy's Max Health but falls off later. 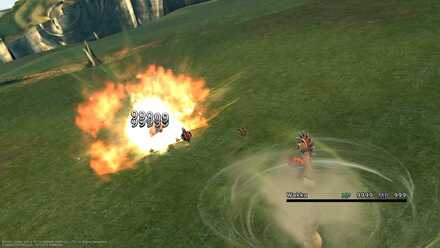 A poor dingo getting hit by a max stat Wakka's attack reels.


Dealing Multiple Hits to enemies will make the game calculate the total damage dealt.Using an Overdrive that deals multiple hits can be useful if the player is trying to deal an Overkill to tough enemies.

Register as a member and get all the information you want. (It's free!)
Login
Opinions about an article or post go here.
Opinions about an article or post
We at Game8 thank you for your support.
In order for us to make the best articles possible, share your corrections, opinions, and thoughts about "What is Overkill? Beginner Tips and Tricks " with us!
When reporting a problem, please be as specific as possible in providing details such as what conditions the problem occurred under and what kind of effects it had.