How to beat Biran and Yenke Ronso Tips and Guide | FFX

Biran and Yenke's stats will be different depending on the amount of stats Kimahri has.

Biran and Yenke's Attack and Magic will depend on Kimahri's current HP. So the lower Kimahri's HP is, the lower the Boss's damage output will be.

Take the Opporutinity to Learn Overdrives 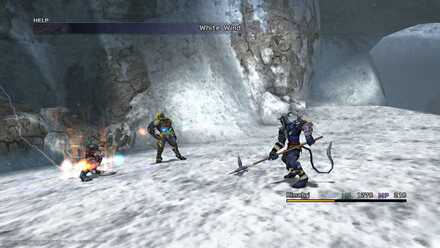 This battle is an opportunity to learn almost all the Ronso abilities Kimahri can learn in the game. Killing one of them while ignoring the other will put them in a state where they will not use their rarest ability. These abilities are Mighty Guard and White wind. Mighty Guard can be earned from Biran and White wind from Yenke.

Both Biran and Yenke will be in sentinel status when they are near together. Both Ronso's will also use Monster abilities which you can learn from them by using Lancet.

Both Ronso's will deal small damage so focus on using Lancet until you learnt all the abilities you missed from the game. Both enemies will be in Guard status so wait for them to use Bulldoze then hit the character you want to damage.

They will use their rarest ability when their HP falls below 50%. Bring both of them to low HP then use Lancet to learn these rare overdrives.

Register as a member and get all the information you want. (It's free!)
Login
Opinions about an article or post go here.
Opinions about an article or post
We at Game8 thank you for your support.
In order for us to make the best articles possible, share your corrections, opinions, and thoughts about "How to beat Biran and Yenke Ronso Tips and Guide" with us!
When reporting a problem, please be as specific as possible in providing details such as what conditions the problem occurred under and what kind of effects it had.