How to beat Jumbo Flan Tips and Guide | FFX

This is a walkthrough for the boss fight Jumbo Flan from the game Final Fantasy X (FF 10, FF X). Read on for tips and strategy about how to beat Jumbo Flan , including Jumbo Flan's stats and other useful information. 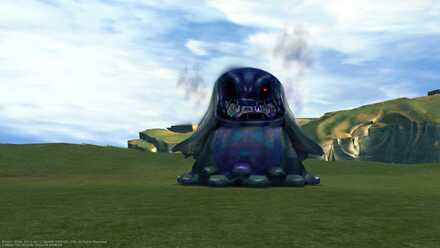 Auto-potion and only X-potions on inventory, Doublecast ability and flare on one character, Copycat on three characters, Shell or Rikku overdrive.

Jumbo Flan relies on its black magics to deal damage to its enemies. Its deadliest move is Ultima.

Jumbo Flan is immune to physical attacks. Jumbo Flan also has Auto-Reflect so it is impossible to just directly cast magic at Jumbo Flan (except Ultima).

Immediately cast shell (or mighty G)and reflect on one character. Follow it up with slow to reflect slow back at Jumbo Flan. Once Shell has been applied to all party members, Double-cast flare on the character with reflect then keep using Copy Cat.

Register as a member and get all the information you want. (It's free!)
Login
Opinions about an article or post go here.
Opinions about an article or post
We at Game8 thank you for your support.
In order for us to make the best articles possible, share your corrections, opinions, and thoughts about "How to beat Jumbo Flan Tips and Guide" with us!
When reporting a problem, please be as specific as possible in providing details such as what conditions the problem occurred under and what kind of effects it had.