Total Player Count: How Many Players in Each Game Mode? | Battlefield 2042

Welcome to our walkthrough for Battlefield 2042!
☆Updates and Patch Notes: Update 1.05
★How to Fix All Error Codes, Bugs, and Known Issues
☆All Specialist Classes and Best Loadouts
★Best Guns in Battlefield 2042 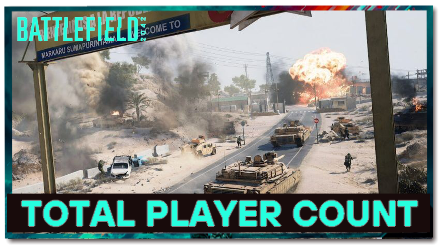 Battlefield 2042 features a significant increase in the total player count from 64 to 128 players across several different game modes. 128-player games will only be accessible to next-gen platforms and PC. Read on to know how many players are available in each game mode!

128 Players for Next-Gen Consoles and PC

Last-Gen platforms (PS4 / Xbox One) will be limited to a maximum of only 64 players for the Game Modes that feature that player count, such as Conquest or Breakthrough. Meanwhile, those on the PC, XBOX Series X/S, and the Playstation 5 will get to enjoy a maximum of 128 Players depending on the game mode chosen. 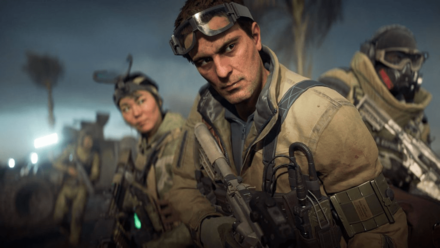 Unfortunately, players on last-gen consoles will not be able to take part in any game with those playing on next-gen consoles and PCs. Even if players decide to create Battlefield Portal Experiences that limit the player count to only 64 players, they will still be unable to play in any games together.

How to Turn on Crossplay and Cross-Progression

While players on the PS5 / XBOX Series X/S / PC will get to enjoy comparatively larger player counts in their matches, they can choose to play in matches with lower player counts by creating custom experiences in Battlefield Portal.

All Game Modes and How to Play

Register as a member and get all the information you want. (It's free!)
Login
Opinions about an article or post go here.
Opinions about an article or post
We at Game8 thank you for your support.
In order for us to make the best articles possible, share your corrections, opinions, and thoughts about "Total Player Count: How Many Players in Each Game Mode?" with us!
When reporting a problem, please be as specific as possible in providing details such as what conditions the problem occurred under and what kind of effects it had.