How to Fight Nemesis (Final Form) | Resident Evil 3 Remake (RE3) 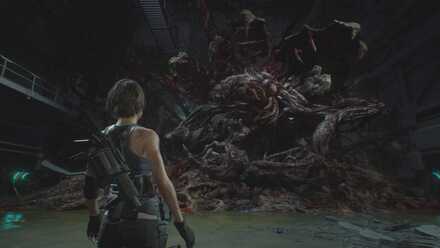 This is a walkthrough for fighting with the final form of Nemesis in Resident Evil (Remake). Here we will cover tips on dealing with Nemesis's 3rd form, as well as the types of attacks he can use. Additionally, we will show the changes between the original Nemesis and the Remake.

How to Fight Nemesis Final Form 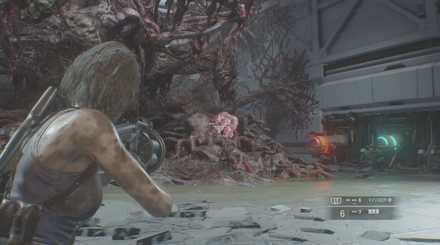 After hitting Nemesis with electricity to deal damage, the power unit will become out of reach, and you'll need to move in again. Here you'll want to use a Handgun or Magnum for more precise aiming so you can target the orange spots on Nemesis's body. If you destroy all of these, you can make Nemesis flinch, allowing you to avoid getting one-shotted by Nemesis when you are trying to move back in to the power unit.

★ Pick up the items that drop nearby

You can obtain several items, such as handgun rounds and first aid spray in this area. If you're running low on ammo or HP, you can pick up the various items lying around to save your skin!

Use electricity to deal damage 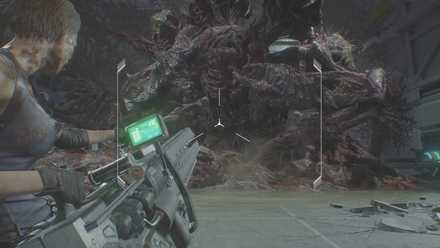 Once again, you can use electricity to fire at Nemesis, once the weapon is ready. Be sure and aim at its head and fire at its mouth.

>>55 Now that I think about it... First, he dived into the water and then now in acid. He's evolving through a liquid haha.

>>54 Imagine if he got into lava instead of acid. He will be a magma monster who shoots fireball from his mouth XD.

Register as a member and get all the information you want. (It's free!)
Login
Opinions about an article or post go here.
Opinions about an article or post
We at Game8 thank you for your support.
In order for us to make the best articles possible, share your corrections, opinions, and thoughts about "How to Fight Nemesis (Final Form)" with us!
When reporting a problem, please be as specific as possible in providing details such as what conditions the problem occurred under and what kind of effects it had.