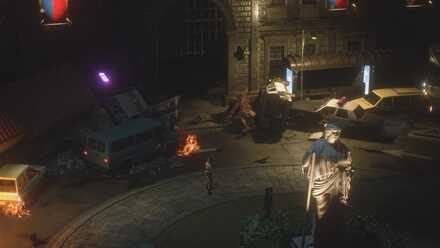 This is a walkthrough for fighting with the second form of Nemesis in Resident Evil (Remake). Here we will cover tips on dealing with Nemesis's 2nd form, as well as the types of attacks he can use. Additionally, we will show the changes between the original Nemesis and the Remake.

★ Dodging the Dash + Attack from Nemesis is essential

The hardest attack to dodge from Nemesis's second form is the one where he rushes in and hits a large aread of ground right after. Getting the timing on your perfect dodges correct is essential. If you dodge right when Nemesis (2nd Form) lands on the ground, you should be able to avoid its attack.

The thing you really have to watch out for is the attack where it bites your stomach right after grabbing you. Compared with its other attacks, this one has enormous damage output, so its the move that you should be vigilant of above all others. This move starts with Nemesis jumping in from far away, so make sure to keep your distance and keep making use of perfect dodges.

★ Essential - Watch out for the triple tentacle attack in the 2nd battle!

Once you deal enough damage to Nemesis's 2nd form in the 2nd battle, it will extend its tentacles to attack you. This is a very annoying attack that has a huge range, and if the first tentacle manages to hit you, you'll usually get hit by the second and third as well. Get used to seeing the attack motion and use perfect dodges to escape the attack, or constantly keep your distance from it.

Always move around while keeping Nemesis in your field of vision

Nemesis will jump at you from a distance or roar to stun you and follow-up with an attack, but these can both be avoided fairily easily, so long as you keep Nemesis in your sight while moving around. Even if you are going to pick up some nearby items or when it is crawling on a building, don't let it off of your screen.

Take Nemesis crawling on the wall as your chance!

When you see Nemesis doing the movement where it crawls around on the wall, this is a good opportunity to pick up items in the vicinity. Or, if you see it going in a circle on the building, shoot a mine thrower on the building near where it will move or hit it with a grenade launcher to do some easy damage.

His heart becomes visible after he falls - Target it! 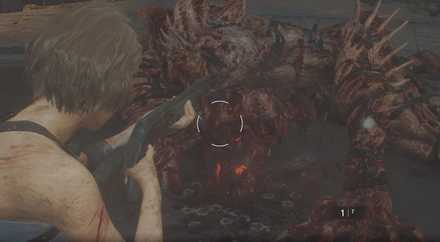 If you are able to knock Nemesis off the building with a mine thrower from your grenade launcher, it will come falling down. While it is stunned, its weakspot (a tentacle) will come out from where its heart was, so use your shotgun or handgun to blast the tentacle and inflict a significant portion of damage.

Pick up the items in the nearby area 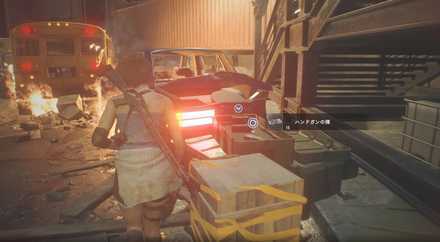 Once the battle starts, you can pick up some Shotgun Shells and Mine Thrower Rounds , as well as Medicinal Spray nearby. After the battle is over and you approach a nearby tunnel, a cutscene will trigger, and you'll have to leave the area, so be sure and grab these all before finishing Nemesis off. 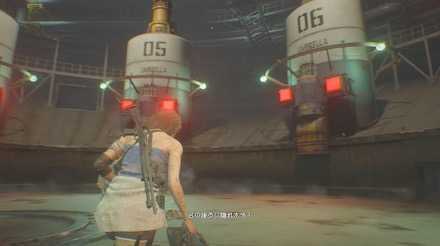 During the second battle with Nemesis's 2nd Form, Carlos will help you out. In particular, he'll warn you when zombies show up, or when Nemesis is hiding behind the tank, he'll tell you the passcode. After he gives you the tank's passcode, get your weapon out right away and shoot the red part of the tank to electrocute Nemesis.

Take out the zombies that show up 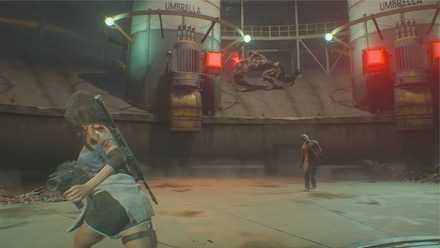 During the battle, some zombies will enter the area. If you don't do anything about them, you won't be able to focus on Nemesis, or the zombies could surprise you with an attack while you are trying to fight, So wait until Nemesis is running around the tanks and mow them down with your shotgun.

How to Beat Zombies

Stop its movement with Explosive Rounds

When fighting with Nemesis in this battle, if you use an explosive round from your grenade launcher to hit Nemesis just before he attacks you, you'll be able to stop his movement. If it looks like you won't be able to effectively perfect dodge, this is a good backup plan.

Use the Mine Thrower when Nemesis is dashing around the tanks 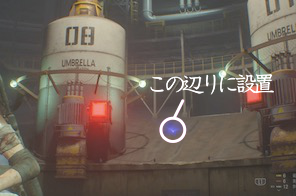 His heart becomes visible after he falls - Target it!

If you are able to knock Nemesis off the building with a mine thrower from your grenade launcher, it will come falling down. While it is stunned, its weakspot (a tentacle) will come out from where its heart was, so use your shotgun or handgun to blast the tentacle and inflict a significant portion of damage.

Quadrupedal instead of bipedal 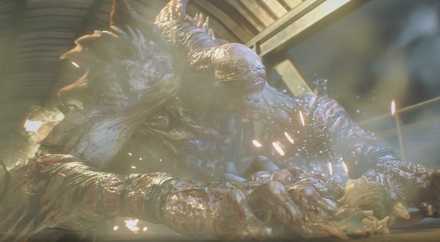 Attacks are now totally different along with its movement

Since the amount of limbs it moves on changed, naturally, its movement became much quicker. In addition, instead of using its tentacle in a whip like fashion to attack, Nemesis now uses its leg power and sharp beast-like fangs to move around and attack.

>>44 I actually thought that we would kill him by riding his back and shoot. Maybe that's too cliche hahaha.

>>43 Yep. He will be too OP if he can still dodge like he did on the first boss battle right?

Register as a member and get all the information you want. (It's free!)
Login
Opinions about an article or post go here.
Opinions about an article or post
We at Game8 thank you for your support.
In order for us to make the best articles possible, share your corrections, opinions, and thoughts about "How to Fight Nemesis (2nd Form)" with us!
When reporting a problem, please be as specific as possible in providing details such as what conditions the problem occurred under and what kind of effects it had.