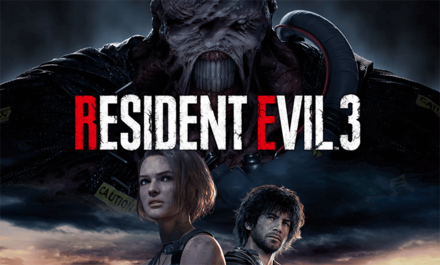 All Trailers from PlayStation

Also, towards the end of the video, you will see another monster, crawling on all fours suddenly turns to Jill after jumping down the platform. This might be another form for nemesis or a new boss that you will encounter for the Resident Evil 3 Remake.

Resident Evil returns with a new trailer showing the two producers of the game talk about the characters, gameplay and the release date of the two upcoming games of 2020 from capcom. They also showed what are the included items on the Resident Evil 3: Collector's Edition package.

The trailer features the return of Nemesis rampaging through Racoon City with different weapons in search of the last few remaining S.T.A.R.S members. They also showed the return of the fan favorite character! the U.B.C.S.(Umbrella Biohazard Countermeasure Service) member Carlos Olivera helping Jill Valentine stand up after thrown away by Nemesis. Also, some of the notable characters like Nikolai Ginovaef and Mikhail Viktor can also be seen in the trailer.

The first half of the trailer would make you expect that it would be a new DLC content for Resident Evil 2 (Remake) since it shows Leon Kennedy, Claire Redfield and some of the areas inside the Racoon City Police Department. However, as you watch the trailer on its second half, it will show a first person view of a character running away from Mr. X where you will soon realize that one who is running away from the chaos is the S.T.A.R.S. member Jill Valentine wearing her signature blue top from the older Resident Evil 3 game.

This trailer also announces that the online game Resident Evil: Resistance is going to be included in your Resident Evil 3 purchase.

All Demos from Play Station

The producer of the game talks about some of the key changes and differences on different the sections of Resident Evil 3 (Remake) from the original Resident Evil 3 (1999 release). You will also be able to see some of the new features added in the game and the new visuals for both the environment and characters.

As for the open beta release of the new online game called Resident Evil: Resistance it will release on all platforms at the same time on march 27th 1:00PM (EDT).

>>32 and they successfully did it, nemesis is a really great in terms of stalking and scariness the remake version of him is really great!

Register as a member and get all the information you want. (It's free!)
Login
Opinions about an article or post go here.
Opinions about an article or post
We at Game8 thank you for your support.
In order for us to make the best articles possible, share your corrections, opinions, and thoughts about "Trailers and Demos" with us!
When reporting a problem, please be as specific as possible in providing details such as what conditions the problem occurred under and what kind of effects it had.