This page will show you how to get the MGL Grenade Launcher in Resident Evil 3 Remake (RE3 Remake). Read on to learn more about this weapon and its available custom parts!

Where to Find the MGL Grenade Launcher

Find it in the Sewers 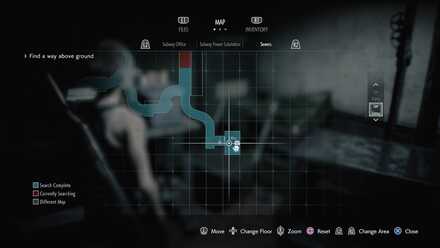 You can find the Grenade Launcher in the Sewers, in the Office Safe Room. After Jill slides down into the lower waterway and encounters a split in the path, keep going straight to reach the Office.

This weapon does not have any custom parts.

How to Use the MGL Grenade Launcher

The Grenade Launcher can deal massive damage against Nemesis, with flame rounds doing the most damage out of them all. He can dodge the grenades, so it is recommended to fire it when he is vulnerable or when he is attacking.

During the fight against Nemesis' second form, the mine rounds will be highly effective. When Nemesis starts running in a circle, simply fire a mine in his way. Once hit by the explosion, Nemesis will become vulnerable.

The Grenade Launcher's effect will differ based on the grenade rounds used.

The flame rounds are powerful incendiary explosives that light any enemy hit and the area around it on fire, burning enemies that come into contact. It is also Hunter Gamma's weakness.

Causes an explosion of acid, dousing any enemy in acid in its radius. It does not do as much damage as flame rounds, but can slow enemies it hits. It is good against Hunter Betas and Pale Heads.

Similar to explosive rounds, these mine rounds cause explosions that deal massive damage. Unlike explosive rounds, however, is the fact that the mines do not explode right away, instead sticking to the surface they land on. It will only activate when an enemy is in its proximity.

>>16 everyone is getting brave when they have a kickass weapons at their disposal. Haven't you seen us they invade places because of their superior firepower

>>17 when I saw that achievement is completed by only 1% of the players, it gives me this feeling lol.

Register as a member and get all the information you want. (It's free!)
Login
Opinions about an article or post go here.
Opinions about an article or post
We at Game8 thank you for your support.
In order for us to make the best articles possible, share your corrections, opinions, and thoughts about "MGL Grenade Launcher - How to Get and Custom Parts" with us!
When reporting a problem, please be as specific as possible in providing details such as what conditions the problem occurred under and what kind of effects it had.