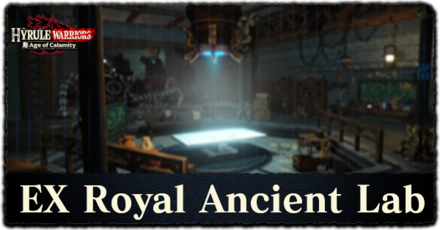 What is the Royal Ancient Lab?

A Set of Quests That Follow a Skill-Tree Format 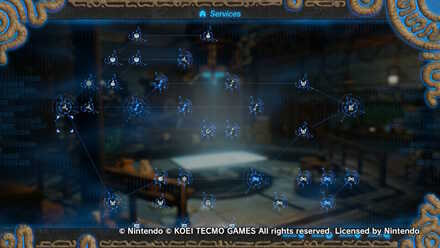 The Royal Ancient Lab offers a new set of challenges introduced as part of the Pulse of the Ancients, the first wave of DLC for Hyrule Warriors: Age of Calamity.

After purchasing the Expansion Pass, the laboratory dedicated to researching ancient technology will be added to the map in the Central Hyrule region. Complete Purah and Robbie's research requests to put their results to use in battle.

Quests Have To Be Completed Sequentially 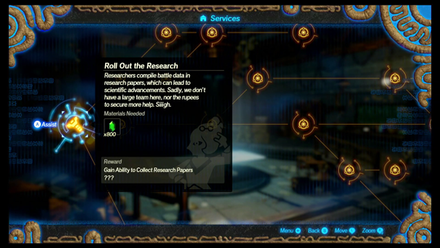 At the Royal Ancient Lab, all the quests are connected. You'll have to start with the left-most quest before unlocking more quests connected to it.

Some Quests have Completion Conditions 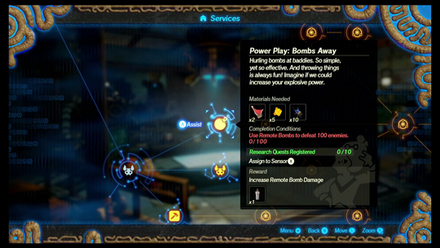 As with most quests, the Royal Ancient Lab Quests will require you to collect certain materials or defeat a number of enemies with a specific weapon.

However, there are some quests in the Royal Ancient Lab that may require an additional challenge. These can range from using Runes a certain number of times, or using Elemental Rods to affect a number of different enemies.

Some Quests Will Have More Than One Prerequisite 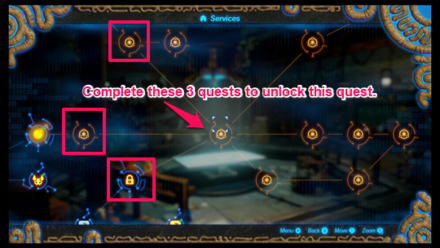 There are quests that will require you to complete more than one quest before unlocking it. If you ever find yourself wondering why a quest can't be accessed, be sure to check the quests connected to it's left to make sure they're all completed.

Rest assured that the further you progress into the tree, the rewards will continue to improve. 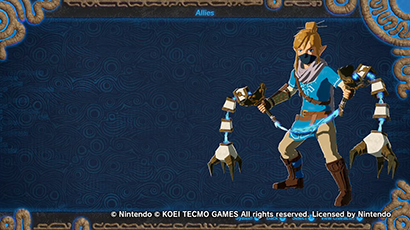 One of the two weapons obtainable from the Royal Ancient Lab, the Flail is a weapon usable only by Link. The Flail allows Link to steal enemy weapons and use them for his own.

Attack patterns will change depending on the type of weapon you steal. This makes the Flail a weapon that requires a lot of mastery, but offers a unparalleled variety in it's attacks. 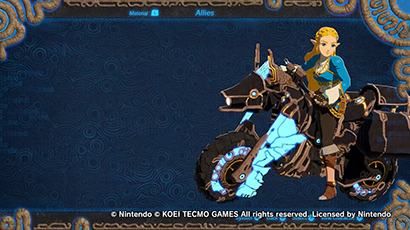 One of the two weapons obtainable from the Royal Ancient Lab, the Master Cycle is a weapon usable only by Zelda. The Master Cycle offers Zelda impeccable mobility with a unique moveset revolving around running over enemies and shooting lasers from the vehicle. 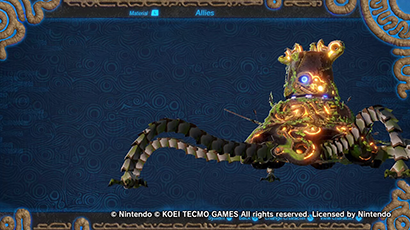 A new character introduced in the Pulse of the Ancients DLC, the Battle-Tested Guardian is one of the final rewards for completing the Royal Ancient Lab requests. As a large guardian, this sentinel excels in wide sweeping motions with it's legs and lasers that allow it to clear large waves of enemies quickly. 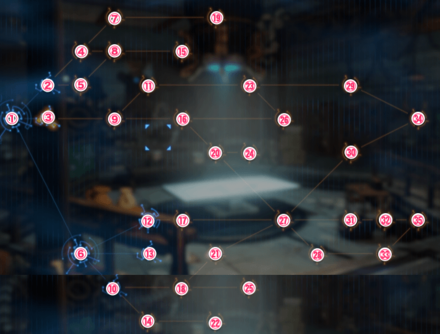 *Numbers are arbitrarily assigned for the guide.

Roll Out the Research

Sensor of the Heart

The Technology of Disassembly

An Abundance of Apples

The Menace of Vicious Monsters

An Apple a Day

The Source of Strength

Working with the Blacksmith Guild

Turn Up the Heat

The Many Sources of Strength

Power Play: Go with the Flow

The Deal with Seals

The Relic of Legend

Present for the Princess 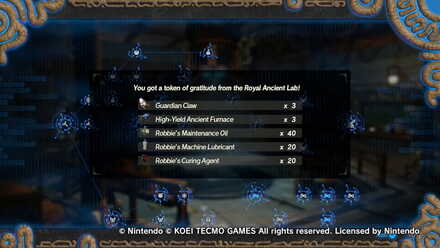 By completing all of the challenges in the Royal Ancient Lab, you'll receive large quantities of the different items introduced in the DLC.

Post (0 Comments)
Opinions about an article or post go here.
Opinions about an article or post
We at Game8 thank you for your support.
In order for us to make the best articles possible, share your corrections, opinions, and thoughts about "Royal Ancient Lab Quests and Rewards" with us!
When reporting a problem, please be as specific as possible in providing details such as what conditions the problem occurred under and what kind of effects it had.