Fireproof Elixir Recipe | How to Make a Fire Resistance Potion | Zelda: Breath of the Wild (BotW)

This guide shows the recipe for creating a Fireproof Elixer in The Legend of Zelda: Breath of the Wild (BotW). This potion can be crafted to give you fire resistance through Flame Guard. Read on to learn ingredients more!

How does Flame Guard Work

Drinking a Fireproof Elixir will make you immune to burning. This is needed to travel around Eldin Mountain, but can also protect you from attacks.

To make a base Fireproof Elixir, you need a Monster Part and a Creature (just one) with the Flame Guard effect.

How to Increase the Flame Guard Effect

After you have the base ingredients, you can increase the level of Flame Guard by adding more Creatures or Materials with the same effect.

Here are all the items you can use:

How to Increase Elixir Duration

To increase the Duration of a potion, you need to add more Monster Parts to the mix. Especially Dragon parts give large bonuses, so they are the recommended materials for increasing elixir duration!

How to Get Fireproof Elixirs

How to Make Fireproof Elixir 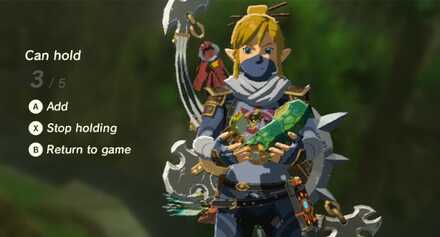 The easiest way to come by Elixirs, by far, is to make them yourself. As you journey through Hyrule, you will no doubt gather large amounts of Monster Drops and Items, so use these to craft the potions you need.

How to Make Elixirs 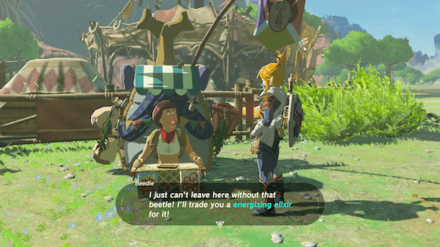 Beedle will trade Elixirs in return for any beetles you're carrying, but the potion you get is random. He will tell you what he's willing to trade for, so you can always turn him down and try again, or find him somewhere else until he offers a Fireproof Elixir.

As the only Elixir in the game, Fireproof Elixirs can be bought from shops!

Register as a member and get all the information you want. (It's free!)
Login
Opinions about an article or post go here.
Opinions about an article or post
We at Game8 thank you for your support.
In order for us to make the best articles possible, share your corrections, opinions, and thoughts about "Fireproof Elixir Recipe | How to Make a Fire Resistance Potion" with us!
When reporting a problem, please be as specific as possible in providing details such as what conditions the problem occurred under and what kind of effects it had.