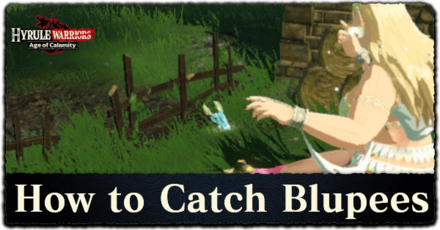 Blupees are blue rabbit-shaped spirits that can be randomly found among the different maps of Hyrule Warriors: Age of Calamity. In this guide, learn what Blupees are, how to find Blupees, and how to catch Blupees.

What are Blupees (Blue Rabbits?) 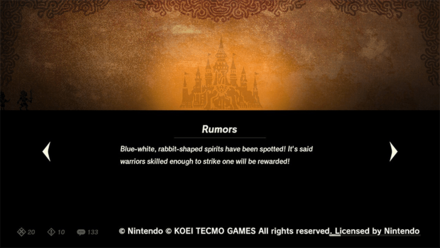 Blupees are glowing blue rabbit-like creatures that were originally found in The Legend of Zelda: Breath of the Wild. They make their reappearance in this game as a secret encounter that you may come across as you traverse the various maps of the game.

All Secrets and Unlockables 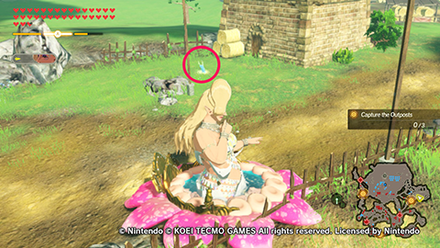 Blupees are extremely rare and hard to come by. They make their appearances in fixed locations across different maps but they are not guaranteed to spawn. Once you've noted a location where a Blupee shows up, you may retry the mission repeatedly to try and get the Blupee to respawn. With any luck, you'll soon encounter this small glowing creature. 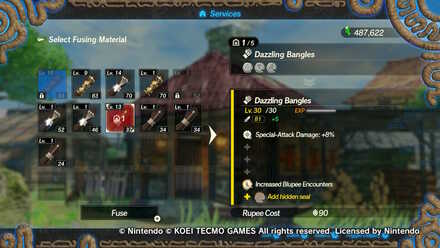 If you really want to spot a Blupee for yourself, but aren't having a lot of luck, you could try entering a battle equipped with a weapon with the Increased Blupee Encounters seal.

How to Unlock Hidden Seals 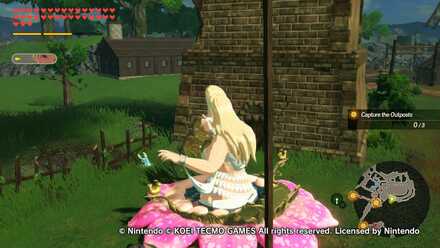 Once you've spotted a Blupee, be wary of approaching it. These timid creatures tend to run away and despawn once you come close. Try to drive them into a corner so that they can't escape easily. A small reward from finding a Blupee can be obtained by attacking them. If you can successfully land a hit on these creatures, you'll get 100 Rupees.

If you really wanted to, you can attack them from a distance with ranged attacks, or using the Elemental Rods or the Remote Bomb Rune. It's not a huge amount, but if you are skilled enough to strike it, you will be rewarded!

Rupee Farming Guide: How to Get Rupees (Money) Fast

In order for us to make the best articles possible, share your corrections, opinions, and thoughts about 「How to Catch Blupees (Blue Rabbits) | Hyrule Warriors: Age of Calamity」 with us!