How to Remove Weapon Seals | Hyrule Warriors: Age of Calamity 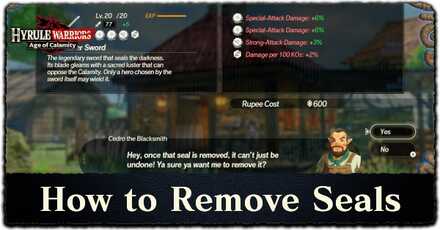 This page will show you how to remove weapons seals in weapons in Hyrule Warriors: Age of Calamity. Read on to learn how to reset your weapon skills and add new ones!

What are Weapon Seals? 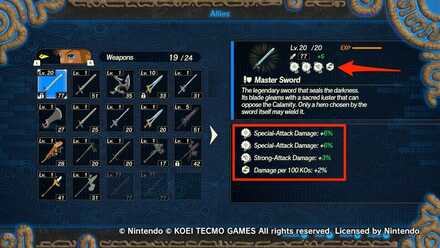 Seals are weapon bonuses inherently possessed by weapons or are transferred via weapon fusion. These maximize the potential of a weapon to effectively slay enemies!

For the best effects when fusing your weapons, you should fuse together weapons with the same seal shape, as stacking seals of one particular shape will give additional bonuses to both your weapon's damage, and the bonus effects from skills.

To remove seals in weapons, you have to first unlock the Hylian Blacksmith Guild.

Afterwards, upgrade the Blacksmith by completing the quests, Secret of the Rito Artisans and Caring for the Statues which unlock removing seals all at once and removing one chosen seal respectively.

How to Complete Secret of the Rito Artisans

How to Complete Caring for the Statues

Use Remove Seals at the Blacksmith

Pick a Weapon and Choose How Many Seals to Remove 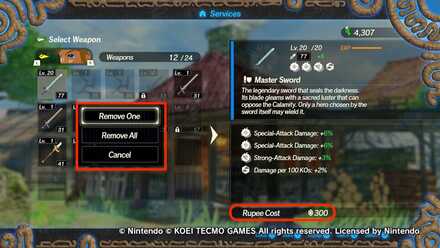 After completing the quests mentioned above, you will be able to use Remove Seals at the Blacksmith. Characters holding weapons with seals appear on the menu, along with the type of weapon each carries.

The Blacksmith will prompt you to choose between removing one seal or removing all seals. Take note of the cost in rupees as there is a difference between the two!

If you choose to remove only one seal, the blacksmith will ask you which seal will be removed. 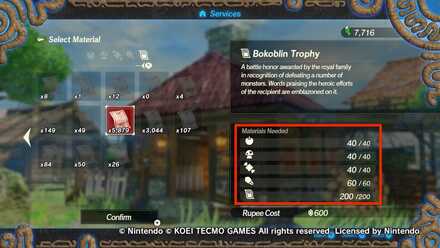 Removing either one seal or all seals will cost different amounts of materials.

It doesn't matter which materials you use, so we suggest using Mighty Bananas, Rushrooms, Raw Meat, a combination of Bokoblin and Lizalfos Parts, and Bokoblin or Lizalfos Trophies respectively because they are the easiest ones to farm. 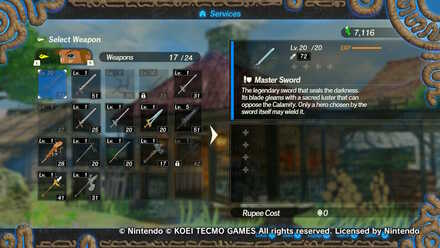 After paying and providing materials for removing seals, the chosen weapon seals will be removed. The number of faint + symbols tells you how many more seals can be re-added! This will allow you to immediately gain the seals of whatever weapons you choose.

Also, the service only removes seals so the weapon will keep its level. Just use weapon fusion to add new seals!

When to Remove Weapon Seals

Removing seals repeatedly will consume a bunch of materials, so we suggest you wait until you have the four seals that you want to transfer from another weapon first.

If you are planning on removing seals one by one, we recommend using the Remove All Seals option when removing more than two seals. Removing three or more seals individually will overtake the initial material cost for removing all seals so take this into account!

As the game progresses, you will begin to earn more weapons that have + and ++ icons attached. Once you've reached the end game, and you are looking for more ways to improve your characters, replacing all of their seals with ++ versions is the ideal choice.

In order for us to make the best articles possible, share your corrections, opinions, and thoughts about 「How to Remove Weapon Seals | Hyrule Warriors: Age of Calamity」 with us!