When Does a Blood Moon Trigger? | Zelda: Breath of the Wild (BotW) 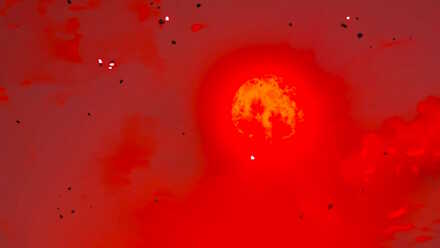 This is a guide to the Blood Moon in The Legend of Zelda: Breath of the Wild (BotW) for the Nintendo Switch. Read on to when a Blood Moon occurs, what it does, and how force a Blood Moon to trigger.

What is the Blood Moon? 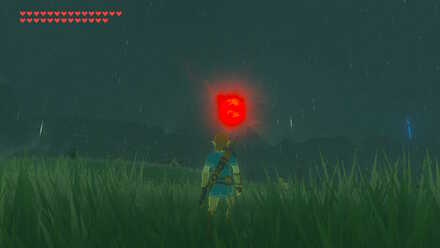 The Blood Moon is an event where, as the name suggests, the moon flares up bright red. 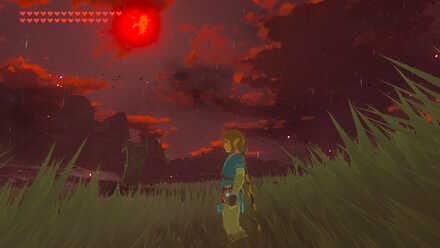 According to Zelda, this happens when Calamity Ganon's power reaches its peak and it temporarly escapes from her control. Omnious music will play and wisps of Malice erupt from the ground. 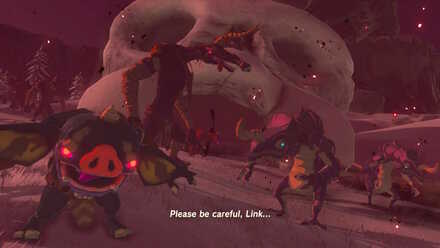 When a Blood Moon occurs, all monsters Link has defeated will be revived. These include Overland mini-bosses such as Guardian Stalkers, Lynels, Hinox, and Talus.

When Does a Blood Moon Occur?

Blood Moons always occur at midnight and will always replace the current phase of the moon. While it may seem random, there's a way for you to tell if a Blood Moon will happen. 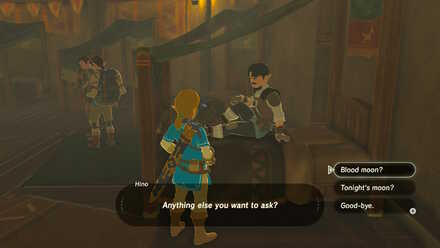 Hino is a Hylian that you can find in the Dueling Peaks Stable. You can ask him what kind of moon it will be tonight, as well as more information regarding the Blood Moon. 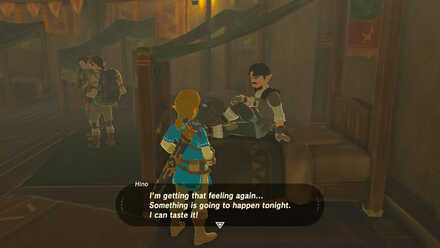 On normal nights, he will simply tell Link what phase of the moon it will be. However, on a night of a Blood Moon, he will tell Link that something will happen tonight.

If you talk to Hino again on a night of a Blood Moon, he will be overcome with rage and madness - growling and rejoicing at the blood-red moon. He will also mention about monsters rising up again. 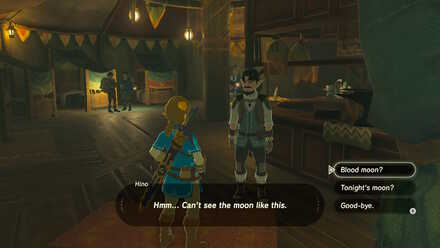 Note: Hino can't see the Blood Moon when it's raining, even if he earlier predicted during the day that it's supposed to have a Blood Moon!

How to Trigger the Blood Moon

Although it may seem random, the Blood Moon actually has a set timer when it happens. Learning how to trigger a Blood Moon is useful for farming rare monster parts!

A Blood Moon will automatically after two to three hours (real world time) of uninterrupted play. This can vary since the timer stops when you look at the menu, encounter a cutscene, or are talking to an NPC.

Defeat as Many Enemies as you Can 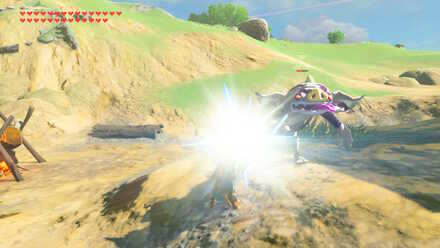 Killing as many enemies as possible also helps increase the likelehood of triggering a Blood Moon since the event essentially resets monster spawns.

Post (0 Comments)
Opinions about an article or post go here.
Opinions about an article or post
We at Game8 thank you for your support.
In order for us to make the best articles possible, share your corrections, opinions, and thoughts about "When Does a Blood Moon Trigger?" with us!
When reporting a problem, please be as specific as possible in providing details such as what conditions the problem occurred under and what kind of effects it had.