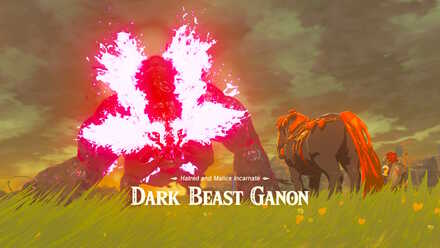 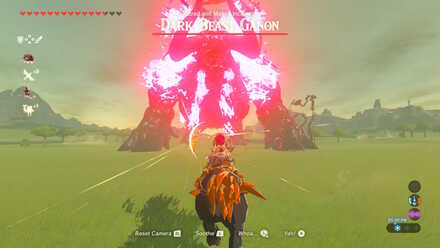 Dark Beast Ganon is the true form of Calamity Ganon and will appear on Hyrule Field after defeating his previous form.

Preparation for the Dark Beast Ganon

Grab and Equip the Bow of Light 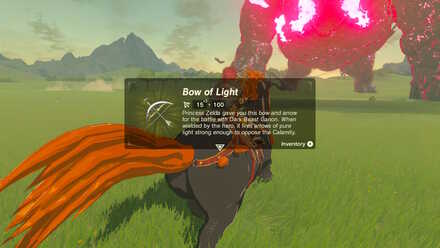 None of your weapons will have an effect against Dark Beast Ganon. Luckily, Zelda will give you the Bow of Light to use against the beast. Equip the bow after grabbing it then wait for Zelda's signal.

Though this battle is doable without a horse, we recommend riding the horse given to you anyway as it will make the battle much easier since you have to strike Dark Beast Ganon on both sides.

How to Beat Dark Beast Ganon 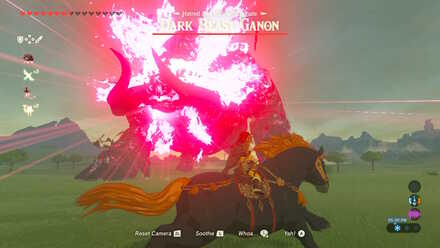 Calamity Ganon's true form is surprisingly slower and easier than his previous one. Simply stay on either side to avoid getting hit by his beam attack and burned by the flames. 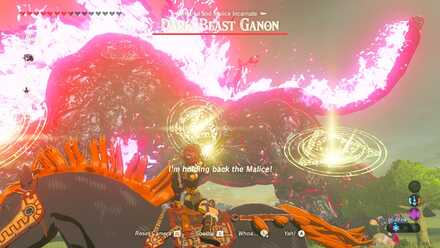 Dark Beast Ganon is nearly invincible in this form. The only way to damage him is wait for Zelda to push back the Malice and shoot the glowing points on Ganon's sides with the Bow of Light.

After hitting all 3 points on one side, wait for Zelda's signal again and shoot 3 more on the other side. 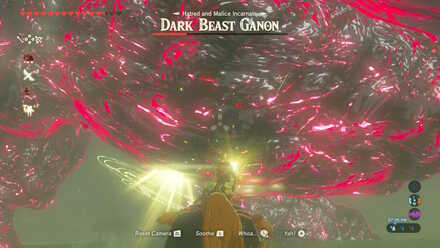 Successfully striking all 6 targets will eventually reveal another weakpoint on his belly. Run beneath Ganon then shoot it with the Bow of Light. 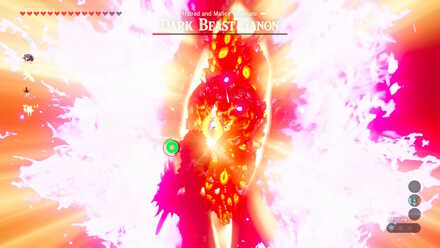 Once Dark Beast Ganon is weakened, a giant eye will conveniently be revealed on his forehead.

Ride in front of the beast while still evading the beams. When you get the chance, jump off your horse and use your glider to fly up.

Get a clear angle, enter bullet time, then shoot the eye with the Bow of Light to end the battle. 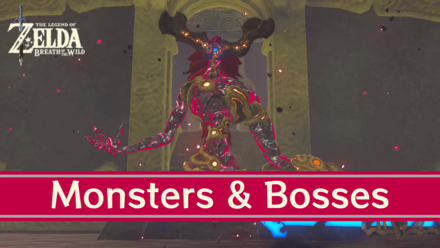 In order for us to make the best articles possible, share your corrections, opinions, and thoughts about 「Dark Beast Ganon Boss Guide | Zelda: Breath of the Wild (BotW)」 with us!