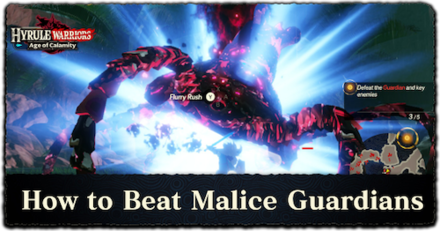 How to Beat Malice Guardians 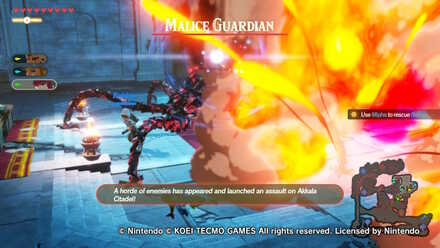 You'd be better off dodging the beams than trying to parry them (if you have a shield, that is). When the Guardian's eye glows, quickly dodge to either side to avoid the attack.

You can also use abilities with iframes such as Impa's YYX combo or just the Remote Bomb rune. 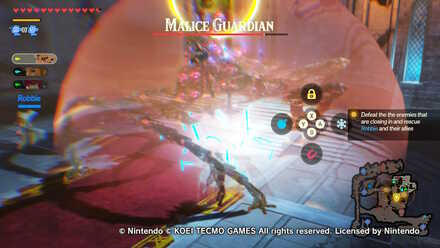 Again, follow the rune prompts to interrupt its attacks and expose its weak-point gauge. Keep an eye out for these prompts especially during the first encounter where you'll have a hard time dodging due to the size of the room.

Relentless as a Waterfall Walkthrough

Battles that Malice Guardian Appears in

Register as a member and get all the information you want. (It's free!)
Login
Opinions about an article or post go here.
Opinions about an article or post
We at Game8 thank you for your support.
In order for us to make the best articles possible, share your corrections, opinions, and thoughts about "Boss Battle Guide: How to Beat Malice Guardian" with us!
When reporting a problem, please be as specific as possible in providing details such as what conditions the problem occurred under and what kind of effects it had.