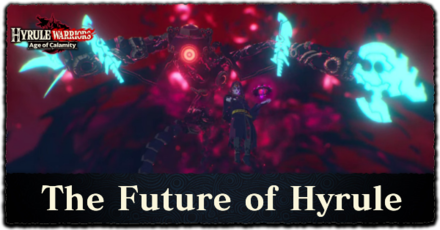 A walkthrough for Chapter 7: The Future of Hyrule in Hyrule Warriors: Age of Calamity for the Nintendo Switch. The Future of Hyrule maps, main enemies and battlefield materials, locations of Korok seeds and treasure chests, how to unlock, as well as rewards for completing this battle can be found in this guide.

The Future of Hyrule Overview

The Future of Hyrule Battlefield Materials and Main Enemies

The Future of Hyrule Tips and Strategies

Blight Ganons Use the Same Attacks 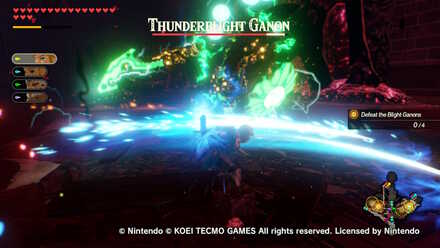 Wait for an opening (weak-point gauge) before attacking then back away to dodge their next attacks. Don't forget to follow the rune prompts to interrupt their attacks, too.

How to Beat Harbinger Ganon

Dodge When a Weapon Glows 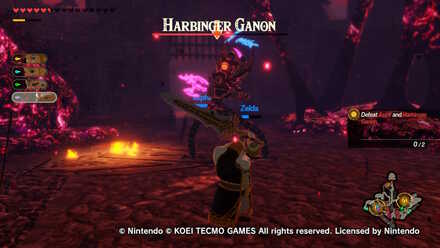 One thing to take note of to make this fight easier is to pay attention to the Guardian Weapons that it wields. When it's about to strike, the weapon that it will use will glow differently. Prepare to dodge sidewards when this happens and aim for a Flurry Rush. 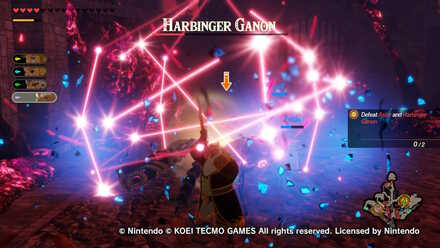 When the Harbinger Ganon withdraws its weapons, it will unleash beams around it and fire it upward. Quickly back away and start running around as the beams will rain down while tracking your movement. 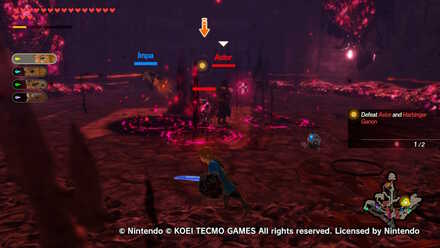 While it looks intimidating, Hollow Link won't do much and will only act as a distraction. Do not lock on either of them so you can see both their movements and focus on removing Hollow Link first. 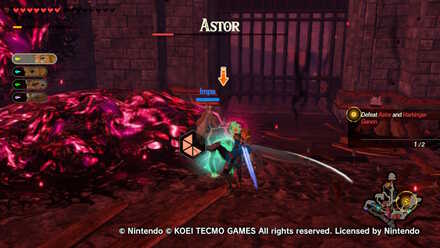 Astor will also use the same attacks from you first battle back at the Korok Forest except the part where he shields himself and summon Hollows of the four other Champions.

Watch out for attack markers on the ground and run around to dodge his orb attacks until you find an opening.

Invulnerable at the Start 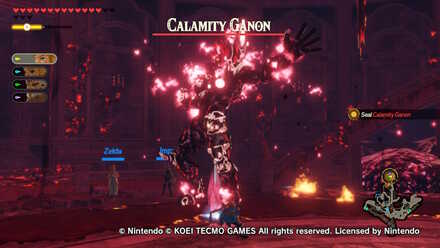 When the battle starts, do not engage him right away and just run around while dodging his attacks. Calamity Ganon is invincible during the first part so save your energy (especially special attacks) for now.

After a few dialogues and a cutscene, Calamity Ganon will be vulnerable and the real battle starts. 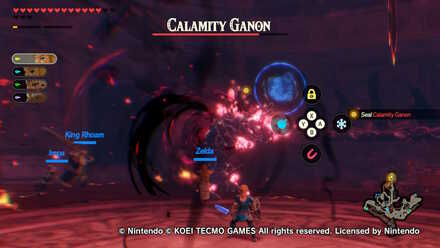 Calamity Ganon hits fast and hits hard. You can play safe by running around while you wait for him to attack and expose his weak-point gauge. When this happens, hit him as much as you can before he resumes attacking.

To make things easier, interrupt his strongest attacks by following the rune prompts. This will deal significant amount of damage to his gauge and stagger him for a while. 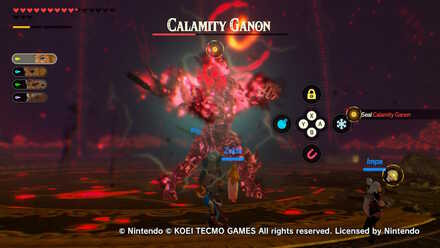 During the second phase, Calamity Ganon will pretty much use the same attack pattern. You can also use the same strategy from earlier (dodge and attack) while also following the rune prompts. 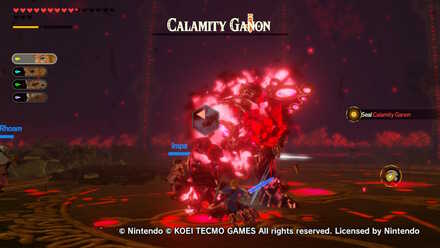 After bringing him down to critical health level, he will grow wings and launch an attack that is difficult to avoid. If you're confident with your dodging skills, you can perfect dodge this attack or if not, use the Remote Bomb rune for its iframe.

When Calamity Ganon's health is fully depleted, go all out on his last weak-point gauge and you will eventually be prompted to seal Calamity Ganon.

Korok Seed Locations: How to Find All Korok Seeds 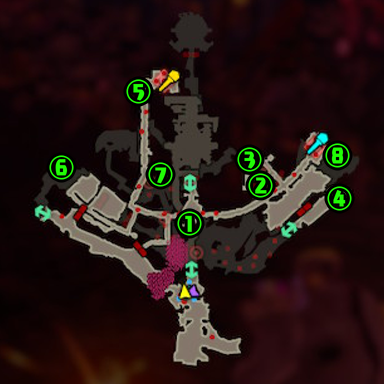 Register as a member and get all the information you want. (It's free!)
Login
Opinions about an article or post go here.
Opinions about an article or post
We at Game8 thank you for your support.
In order for us to make the best articles possible, share your corrections, opinions, and thoughts about "The Future of Hyrule Walkthrough: All Treasure Chests and Korok Seeds Locations" with us!
When reporting a problem, please be as specific as possible in providing details such as what conditions the problem occurred under and what kind of effects it had.