This page contains information about the Aeon Yojimbo in the game Final Fantasy X (FFX , FF10). Read on to know about this specific Aeon and its abilities.

How to Obtain Yojimbo 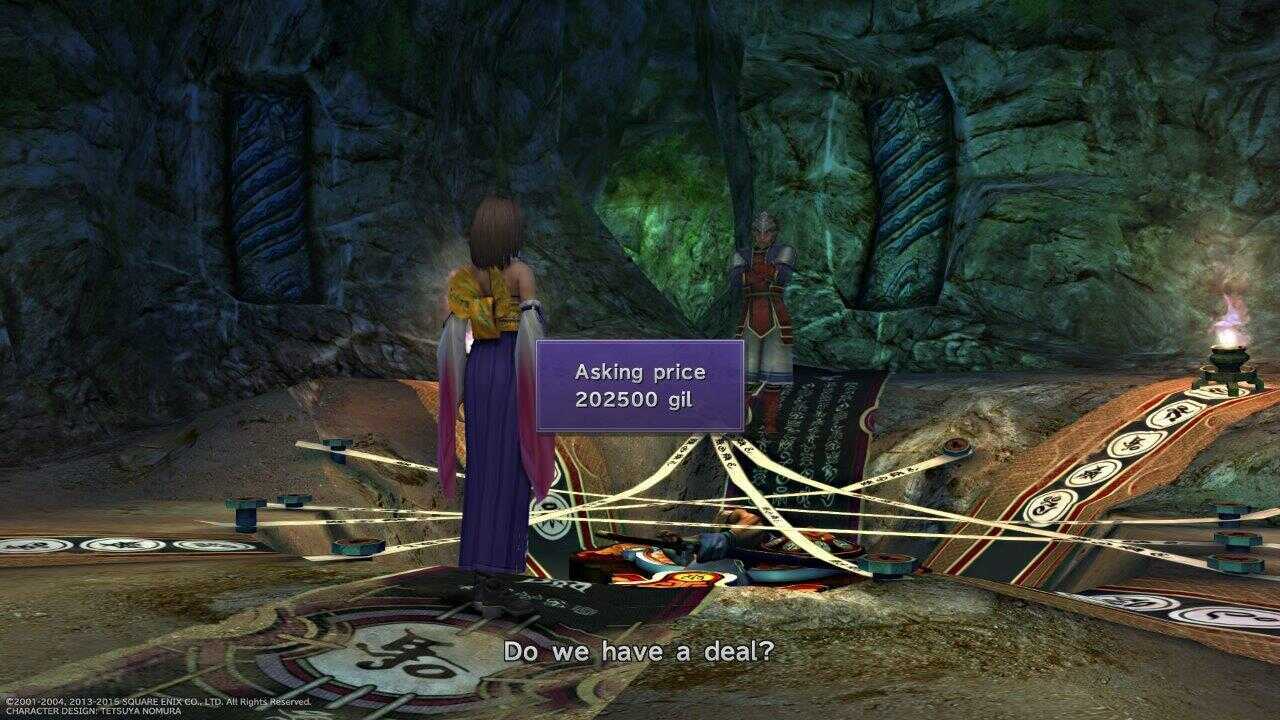 Obtaining Yojimbo can be rather tricky (or costly). Learn how to maximize your savings when trying to obtain Yojimbo with our guide!

How to Obtain Yojimbo Tips and Walkthrough

How to Beat Dark Yojimbo 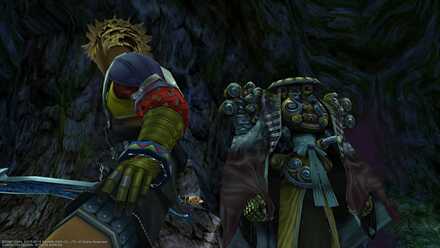 Beating Dark Yojimbo is not as straight forward as beating the other Dark Aeons. To learn how to truly vanquish Dark Yojimbo, see the guide below.

How to beat Dark Yojimbo Tips and Guide 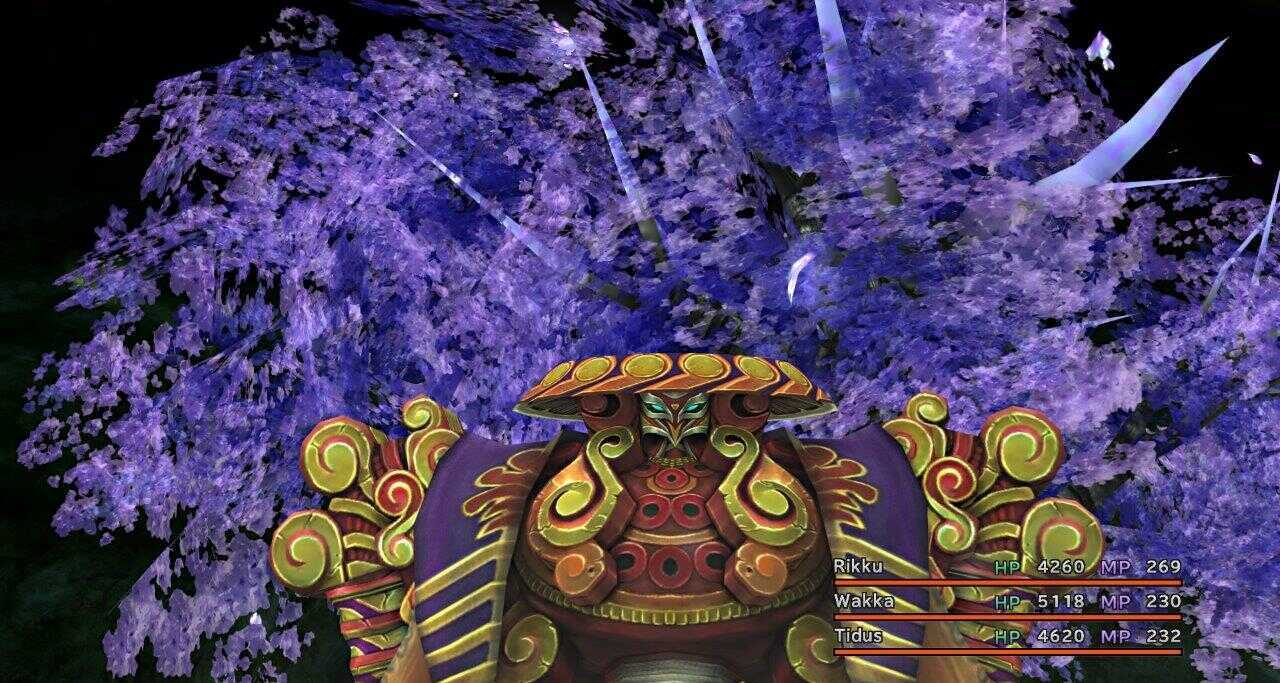 Yojimbo is an non-elemental aeon and is also the strongest Aeon in the whole Final Fantasy Franchise.. Yojimbo is the first optional Aeon you can obtain and can be obtained by clearing the Cavern of the Stolen Fayth. There are other steps to obtain Yojimbo which is explained in the link below.
How to Obtain Yojimbo Tips and Walkthrough

Yojimbo is a unique Aeon in that he cannot learn any abilities. His moves are locked to his 4 special attacks.

The probability of using each moves depends on Yojimbo's Payment, the Overdrive Gauge, Zanmato Level, and Yojimbo's Compatibility/Affinity towards Yuna.

Yojimbo will be more willing to use better moves such Wakizashi and Zanmato depending on Yojimbo's Payment and Compatibility. As shown from the chart above, Using Daigoro and Kozuka has negative/no effects on Yojimbo's affinity so making sure that Yojimbo uses Wakizashi/Zanmato is important to increase his compatibility/affinity.

Don't Summon Him for No Reason

Summoning Yojimbo then dismissing him immediately will cause his compatibility/affinity to decrease. Don't be bad to Yojimbo or he'll hate you.

A good way to check compatibility is to check the moves Yojimbo is using. If yojimbo uses wakizashi a lot more often then Yojimbo's Compatibility is high. If Yojimbo however, uses Kozuka and Daigoro more than the two former moves, then it might be wise to start paying Yojimbo more.

While it might be possible to increase the chances of better moves being used by Yojimbo. The sole factor that decides his move is still randomness and the player's (not Yuna) luck.

Pay More To Use Better Moves

Make sure to Pay Yojimbo more to be able to use better moves. These moves also increases Yojimbo's affinity which can make yojimbo's affinity increase by loads once he starts never using weaker moves.

How Much Should I Pay Yojimbo?

Pay By Using the Geometric Series + 1

Register as a member and get all the information you want. (It's free!)
Login
Opinions about an article or post go here.
Opinions about an article or post
We at Game8 thank you for your support.
In order for us to make the best articles possible, share your corrections, opinions, and thoughts about "Yojimbo Special Attacks and Abilities" with us!
When reporting a problem, please be as specific as possible in providing details such as what conditions the problem occurred under and what kind of effects it had.