This page contains a summary of the main plots of Final Fantasy X. Read on to know more about the story and gain clarification on the confusing parts of the game. 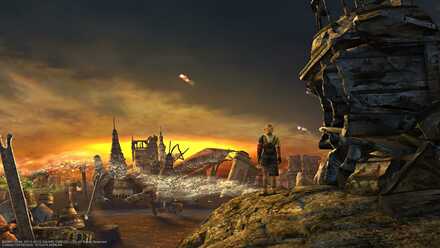 Tidus stands near the ruins of an ancient city. Waiting out while his companions take a rest. He narrates his story from the beginning until the present event. 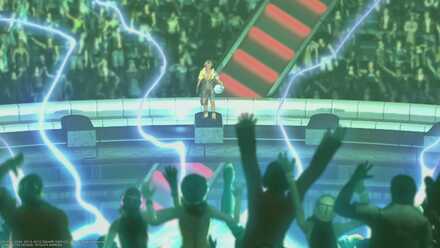 The story starts in a great city. Tidus attempts to go through crowds of people to reach the stadium where he must play blitzball. During the game, A massive creature Auron calls Sin attacks and disrupts the game and deals heavy damage to Zanarkand. During the catastrophe, Auron teaches Tidus how to fend off Sin's offsprings called sinspawn. They eventually reach Sin and both are soon engulfed in light.

Tidus wakes up in a dark temple submerged in water. He is later rescued by Al Bhed, people that speak a foreign language than Tidus.

A woman named Rikku however, speaks the same language and tells Tidus about the true state of Zanarkand which has been destroyed a thousand years ago. Sin attacks the ship and Tidus gets caught up in a whirlpool. 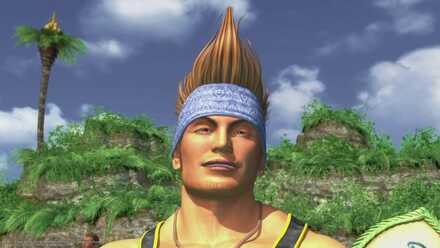 Tidus wakes up near the shore of Besaid. He then gets acquainted with Wakka, a blitzball player. He is then asked to play for his team after he shows his skill and travels with Wakka who is a guardian for a summoner named Yuna.

With no current objective, he joins Wakka and travels with the party.

Tidus travels with Yuna's party. Tidus finds out that a man named Jecht was the guardian of Yuna's father which is the summoner that vanquished Sin ten years ago.

Sin attacks Kilika Villiage, the village they must go to. Several villagers were killed and Tidus witnesses Yuna perform a sending which guides the lost souls to the farplane.

The party reaches Luca. Tidus helps out the party due to Yuna being kidnapped by the Al Bhed. He later joins the blitzball team to perform in the finals.

Monsters attack after the game however and Tidus finds Auron during the crisis. Auron who is also Braska's (Yuna's father) guardian forces Tidus to become Yuna's guardian as per Jecht's request and also becomes a Yuna's guardian due to Braska's request. 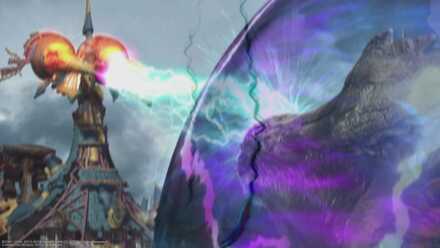 After leaving Luca, they encounter the Crusaders, sworn warriors that battle with Sin. Led by Kinoc, Auron's past friend. They partner with several Al Bhed and use Machina, forbidden machinery to attempt to defeat Sin. The operation fails and Yuna performs a sending once again for the fallen. 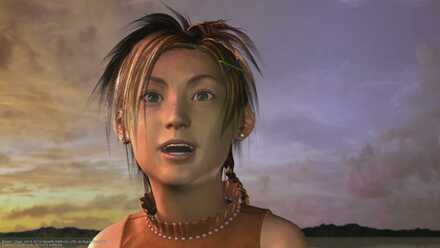 They resume their journey after the tragedy and travel the moonflow. A beautiful lake that is only traversable by Shoopufs. Yuna gets kidnapped once again by Rikku.

They defeat the Machina Rikku uses. Rikku who the party finds out was actually Yuna's cousin joins the party and becomes a guardian as well. 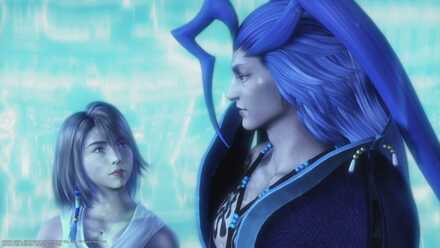 The party reaches Guadosalam, home to the Guados. Seymour which is the current maester of the Guado after his father Jyscal's death proposes to Yuna during their stay. Yuna does not answer immediately.

They visit the farplane located in guadosalam to reminisce about their fallen loved ones. After leaving the farplane, Jyscal's spirit attempts to leave. Yuna sends the spirit and obtains a memory sphere from him. 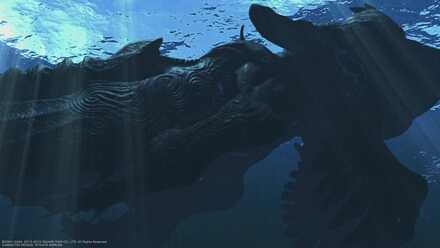 The party resumes their journey, traveling through the thunderplains and eventually reaching macalania where Seymour awaits for Yuna's answer. The party battles with Seymour after finding out it was Seymour that killed his father Jyscal.

The party however, fails to send Seymour spirit and was chased away by the Guado. After being trapped in a glacier, Sin appears once again and the party gets transported to Bikanel.

Home of the Al Bhed 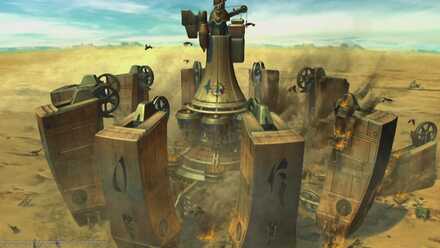 The party gets scattered in Bikanel Island. They slowly rejoin each other except Yuna who is still missing. Rikku guides the party to Home, the Al bhed's main headquarters which appear to be on assault by the Guado.

Yuna is not found in Home and Tidus finds out after reaching the other summoners that summoners die after summoning the Final Aeon which is used to defeat Sin. 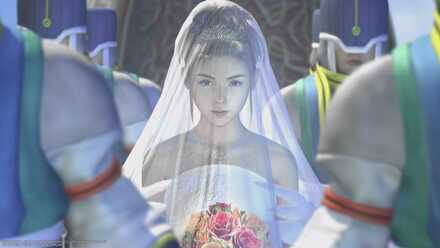 The party uses a machina that can fly to the sky. They use it to invade Bevelle, the largest city in Spira where Yuna is located and is being forced to marry the unsent Seymour.

The party attempts to crash the marriage and escapes safely. Tidus apologizes to Yuna for being ignorant and the party resumes their journey.

The Path to Zanarkand

The party reaches the Calm Lands, a desolate area, and is the last stop of Humanity. The party passes through this area and eventually reaches mount gagazet. Home to the Ronso and Kimahri. Kimahri settles a grudge with his kin and the party is allowed to pass through.

Seymour follows them and has slain a majority of Ronsos who attempted to block him. The party defeats Seymour again and the party reaches Zanarkand. The story continues from Tidus's narration. 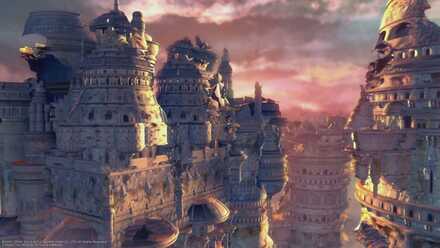 Yu Yevon parasitizes the Aeons that come for it including the Final Aeon. The Final Aeon defeats Sin, Yu Yevon controls the Final Aeon, kills the summoner, and summons Sin once again and continues the cycle of Sin's rebirth. The party defeats Yunalesca, the first summoner that teaches how to summon the Final Aeon to stop the cycle and the party thinks of a way to defeat Sin without the Final Aeon. 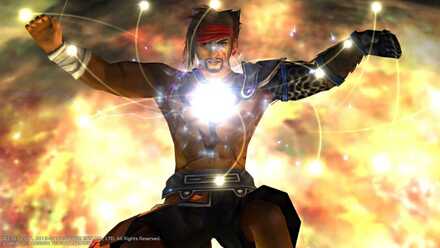 The party battles with Sin using the Airship, they infiltrate inside Sin. They battle Seymour whose spirit is absorbed by Sin. They head deeper to Find Jecht, Jecht transforms into his Final Aeon's Form.

The party defeats him to reveal Yu Yevon. Yuna summons the other Aeons to eliminate Yu Yevon's attempts at escape. They defeat Yu Yevon which stops the cycle of Sin's summoning. The Fayth gets freed and dream Zanarkand along with all the Aeons, and Sin disappears.

The eternal calm begins, a world where sin is gone permanently. Yuna swears to help rebuild the ravaged Spira. Tidus is then found underwater, he attempts to swim above and a bright light appears ending the game.

Register as a member and get all the information you want. (It's free!)
Login
Opinions about an article or post go here.
Opinions about an article or post
We at Game8 thank you for your support.
In order for us to make the best articles possible, share your corrections, opinions, and thoughts about "Story Summary" with us!
When reporting a problem, please be as specific as possible in providing details such as what conditions the problem occurred under and what kind of effects it had.