This is a guide on how to beat the enemy Wolf in the game The Witcher 3: Wild Hunt. Read on to find out what loot Wolf drops, what its weaknesses are, what level you should fight it at, and more.

Wolf - Weaknesses and How to Fight

How to Fight a Wolf

Fighting a Wolf is the same as fighting any canine beast. Most of the time, you will not encounter this enemy alone and it will come with a pack of other wolves. The best way to fight this is to stop its movements and attack it when it is vulnerable.

You should use your Steel Sword and coat it with Beast oil to deal bonus damage to it. Use attacks, Signs, or Bombs that can affect multiple enemies at once so you can attack the Wolves while the others are stunned. 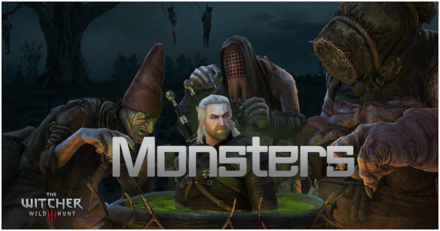 Register as a member and get all the information you want. (It's free!)
Login
Opinions about an article or post go here.
Opinions about an article or post
We at Game8 thank you for your support.
In order for us to make the best articles possible, share your corrections, opinions, and thoughts about "Wolf Location, Weaknesses, and Loot" with us!
When reporting a problem, please be as specific as possible in providing details such as what conditions the problem occurred under and what kind of effects it had.