This article will guide you to all the changes in the Jurassic Splash - Season 7 of Brawl Stars. Check here to see the new Brawlers, Gadgets, Pins, event changes, and more!

This article will guide you to all the changes in the Jurassic Splash - Season 7 of Brawl Stars. Check here to see the new Brawlers, Gadgets, Pins, event changes, and more!

Good news to everyone as Season 7 already began! There will be new brawlers, brawl pass and rewards, maps, and many other things! Check out this link below to find out more.
Season 7: Jurassic Splash!

There is a new feature that came out with this update, and it is called Traits. Brawlers with Traits will receive passive buffs, and most of them charge the Super of a Brawler that got hit.

The following Brawlers now charge their Super from all damage received from enemy Brawlers or their summoned turrets and pets.

The gems now spawn in a fixed order around the mine shaft. It will make it fair for both teams now, as it sometimes spawns consecutively on the enemies' side before. 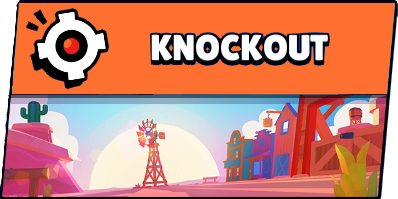 Knockout is now a permanent game mode. The Damage Tiebreaker feature was also removed to get the match to a conclusion faster. It was replaced with poison clouds (similar to Showdown) that damages all Brawlers inside of it.

Though it is not noticeable, the damage from the Showdown poison cloud is now calculated individually for each player from the time they enter the poison cloud, instead of being applied to every Brawler inside the poison at the same time.

There will be a new map rotation at the start of Season 7. Every Team Events will have a 2-hour rotation and won't give tokens anymore. Refer to the list below to see which events are going to get rotated every 2 hours.

You can now add modifiers to the Map Maker when creating maps. What's more is you can also use the new tiles that has harmful or helpful effects from Brawlers. For more information, check out the Brawl Talk of June 2021 by clicking this link below!
Brawl Talk - June 2021 | Season 7 Preview

You can find out more about these changes by visiting the official Brawl Stars News Blog Site.

Register as a member and get all the information you want. (It's free!)
Login
Opinions about an article or post go here.
Opinions about an article or post
We at Game8 thank you for your support.
In order for us to make the best articles possible, share your corrections, opinions, and thoughts about "Patch Notes - Jurassic Splash Update | Season 7 Balance Changes" with us!
When reporting a problem, please be as specific as possible in providing details such as what conditions the problem occurred under and what kind of effects it had.