This page will show you all about Crow, a character in Brawl Stars. Read on to learn Crow's stats, attacks, gadgets, star powers, skins, best maps, and how to use him!

This page will show you all about Crow, a character in Brawl Stars. Read on to learn Crow's stats, attacks, gadgets, star powers, skins, best maps, and how to use him!

Crow throw a triple threat of dagges. Enemies nicked by the poisoned blades will take damage over time.

Note: This is the stat of Switchblade at Power Level 1.

Crow takes the skies, throwing a ring of poisoned daggers around him both on take-off and landing.

Note: This is the stat of Swoop at Power Level 1.

How to Use Crow

Spam attack on a distance 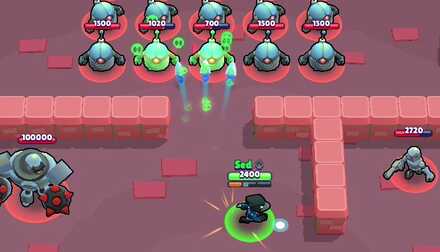 Spam your attacks and inflict poison against your enemies. Poisoned enemies will take damage over time and will receive reduced healing from all sources. Just don't get too close to them, especially without your Super, to avoid dying, as Crow's health is one of the lowest among Brawlers. 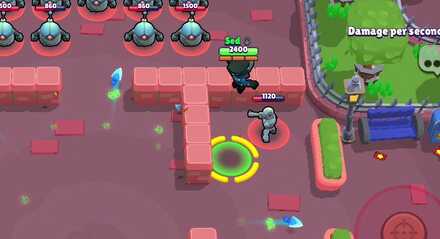 Using Crow's Super at the right place and at the right time can achange the tide of a battle drastically. Always target it close to low health or weak at close-range enemies to get an easy kill. 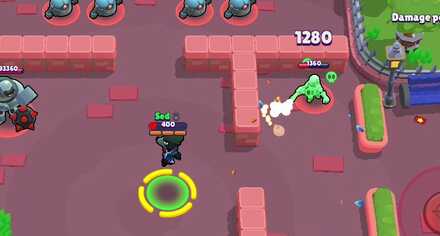 If things get rough, you can always use his Super to escape behind a cover or close to your teammates. Choose where to use his Super wisely to survive longer and get closer to victory!

Crow's Gadgets can help him out greatly in a battle. You'll take less damage if you have his Defense Booster, as it gives him a shield for a short while. Slowing Toxin is good for preventing enemies from getting away from Crow because of its slow debuff. You can also use it to escape your enemies instead, especially if you're low on health.

Provide support to your teammates by using Crow's Extra Toxic Star Power. It reduces their attack damage by 25% as long as they're suffering from Crow's poison. But if you want to stick to his Brawler role, you should use his Carrion Crow to kill more enemies in battle. Low on health Brawlers will surely die if they are hit by Crow with the Carrion Crow equipped.

This section is currently under construction. Come back again later!

Register as a member and get all the information you want. (It's free!)
Login
Opinions about an article or post go here.
Opinions about an article or post
We at Game8 thank you for your support.
In order for us to make the best articles possible, share your corrections, opinions, and thoughts about "Crow Stats, Skills, and Skins" with us!
When reporting a problem, please be as specific as possible in providing details such as what conditions the problem occurred under and what kind of effects it had.