This page will show you all about Colonel, a character in Brawl Stars. Read on to learn Colonel Ruffs's stats, attacks, gadgets, star powers, skins, best maps, and how to use him!

This page will show you all about Colonel, a character in Brawl Stars. Read on to learn Colonel Ruffs's stats, attacks, gadgets, star powers, skins, best maps, and how to use him!

Ruffs' twin-laser bounces off walls multiple times. They can hit enemies behind cover.

Note: This is the stat of Double-Barrel Laser at Power Level 1.

Ruffs calls upon a supply drop that can damage enemies in the landing area and leaves a power-up for friendly brawlers to pick up. The power-up increases health and damage. It does not stack and is lost on death.

Note: This is the stat of Supply Drop at Power Level 1.

How to Use Colonel Ruffs 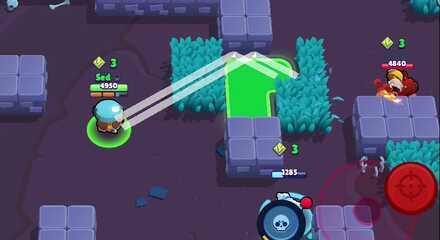 Take advantage of Colonel Ruffs's range attacks. Make sure to hit your enemies from afar instead of getting close to kill them. His attacks can also bounce off walls, making it possible to hit enemies behind a cover. 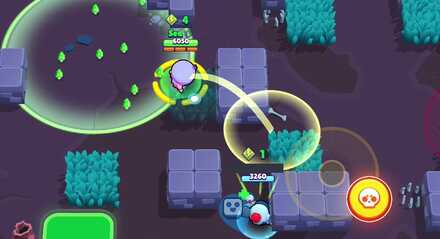 Always make sure that your teammates will get the buff from your Super. Place it near them to prevent your enemies from keeping your teammates from getting it. Only use it offensively if you're confident that it would kill an enemy. 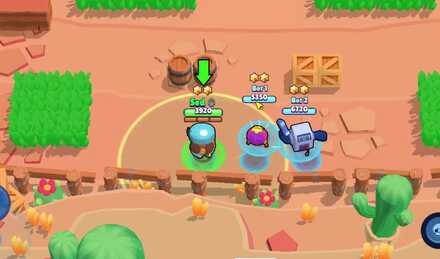 Take Cover Gadget is a good defensive item you can use in battle. It has 2000 HP each and blocks attacks until it's out of health. However, it only blocks projectiles of the enemies, but not the path. They can still get pass through it without it being destroyed.

Colonel Ruffs's new Gadget, Air Support, calls in an air strike that automatically targets nearby enemies. It is good to use when enemies are not moving or immobilized by your teammates to hit them easily.

Give more destructive power to Colonel Ruffs by using his Air Superiority Star Power. It adds +1000 more damage to his Super, and it can now destroy walls and bushes in range. But you can stick to his Support role by equipping him with his Field Promotion Star Power. It gives +30 HP to all allies nearby, but it will be removed once they die.

In order for us to make the best articles possible, share your corrections, opinions, and thoughts about 「Colonel Ruffs Stats, Skills, and Skins | Brawl Stars」 with us!