This page will show you all about El Primo, a character in Brawl Stars. Read on to learn El Primo's stats, attacks, gadgets, star powers, skins, best maps, and how to use him!

This page will show you all about El Primo, a character in Brawl Stars. Read on to learn El Primo's stats, attacks, gadgets, star powers, skins, best maps, and how to use him!

Note: This is the stat of Fists of Fury at Power Level 1.

Note: This is the stat of Flying Elbow Drop at Power Level 1.

How to use El Primo

The most effective way to play El Primo is to always think of a way to get near your enemies, as he can kill an enemy without much of a problem when they get in range. Use the walls to get near them or hide in the bushes and wait for them to get close.

Stay in the front

Keep your enemies away from your team's shooters by getting in the frontline. It can also help your teammates to shoot freely from your back to get you close to enemies and kill them. 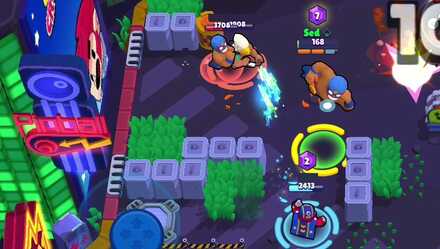 El Primo's Super have various uses in a battle. Choosing the right way to use it will change the tide of the match drastically. You can either use it to destroy enemies' cover, chase enemies, or escape from them. 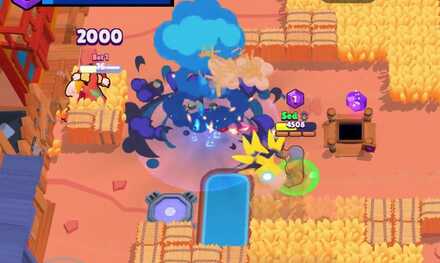 However, his other Gadget — Asteroid Belt, doesn't give that much help in battle, as it would likely miss because of the delay before it hits down. It will also destroy the walls and bushes and put El Primo at a disadvantage in a battle. 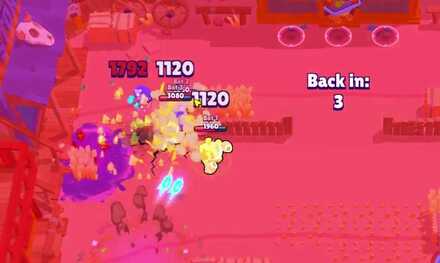 Give a speed boost to El Primo after using his Super by equipping his Meteor Rush Stars Power. It can help him chase or escape enemies faster. Or you can make his Super deal more damage by using his El Fuego Star Power. All enemies caught by it will take damage over time for 4 seconds.

Register as a member and get all the information you want. (It's free!)
Login
Opinions about an article or post go here.
Opinions about an article or post
We at Game8 thank you for your support.
In order for us to make the best articles possible, share your corrections, opinions, and thoughts about "El Primo Stats, Skills, and Skins" with us!
When reporting a problem, please be as specific as possible in providing details such as what conditions the problem occurred under and what kind of effects it had.