This page is a guide about the hidden mini-game for 8-Bit in Brawl Stars. Check here to learn how to beat each stage and get on the next one, as well as video playthroughs to assist you through them! 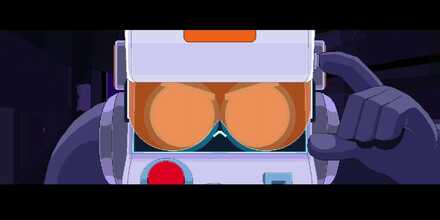 This page is a guide about the hidden mini-game for 8-Bit in Brawl Stars. Check here to learn how to beat each stage and get on the next one, as well as video playthroughs to assist you through them!

How to Play the 8-Bit Mini Game

How to Clear Project Laser (Stage 1)

Stage 1 is called Project Laser. It is like an old retro space side-shooter game in which you have to fight against robots and spaceships while traversing through space. There will be power-ups on the way as well that will change your weapons attack.

To win and get to the next stage, you have to look for the portal that doesn't spawn robots and get inside of it. You will have to try again if you just reached the end without dying.

Make sure to evade all of the attacks and the meteors and save as much HP as you can to get to the right portal. Losing all your HP will end up in a game over and you'll have to start over again.

Keep on getting the power ups (Brawl Stars Logo) to change your weapon. If you got the Rocket Launcher, however, don't pick up any power ups anymore as it is the strongest of the all. It can destroy meteors and it homes in on enemies.

The right portal will also glow. You should watch out for that to clear the stage faster and avoid restarting the stage.

How to Clear Slugfest (Stage 2)

The next stage is called the Slugfest. It is a game in which you'll have to shoot and beat enemies that are coming for you from three lanes. Defeat all of them to move to the next part of this stage until you reach the last area.

Once you have beaten all enemies, quickly tap on the poison cloud in the background to get to the last stage of this mini-game. You will also restart from the start if you failed to press it on time.

It's okay if some enemies get past you. You won't take damage or won't have negative effects on your run. Just focus on dodging the attacks while killing enemies!

Spam your attack. It's unlimited and doesn't have a reload time. Just shoot your enemies up while moving from top to bottom, or vice versa.

How to Clear Starrcade Breakdown (Stage 3)

The last stage before the final boss for this mini-game is the Starrcade Breakdown. It is similar to Super Mario games, but your character will move on its own to the right. You will have to jump through platforms and destroy machines and enemies on the way to get the last part.

To get past this stage, you will have to spam the jump button before entering the door on the further right to get into the roof. Also, you have to collect at least a hundred coins to get to the last part of this stage.

You might have to restart several times as this is the hardest stage in the mini-game. Be patient and memorize each coins, enemies, and platforms you have to go through to make it easier for you to complete.

You only have to get 100 coins to get past the cutscene to end this stage. Once you got it, just focus on evading the enemies and dropping from the lava below.

You can perform a Double Jump. It will help you get to the higher platforms or pass through the lava without falling. Falling into the lava is insta-death, so make use of the Double Jump to avoid it!

At the very last part of this mini-game, you will have to fight against a dark-colored 8-Bit with a plug connected to its back. It will copy all the moves you make, so if you attack, it will also attack, and if you move, it will also move. But, there is a short delay before it copies your movements.

You can win this fight if you use the delay to destroy the plug behind its back. To do that, you have to jump first, and while before landing, shoot a bullet when you're lined up with the plug, and it will hit it without a doubt. Repeat it three times, and you'll clear this mini-game!

In order for us to make the best articles possible, share your corrections, opinions, and thoughts about 「8-Bit Mini-Game Guide | Brawl Stars」 with us!