This page will show you all about Rico, a character in Brawl Stars. Read on to learn Rico's stats, attacks, gadgets, star powers, skins, best maps, and how to use him!

This page will show you all about Rico, a character in Brawl Stars. Read on to learn Rico's stats, attacks, gadgets, star powers, skins, best maps, and how to use him!

Rico's bulletsbonuce off walls, gaining range. They can hit enemies behind cover.

Note: This is the stat of Bouncy Bullets at Power Level 1.

Rico fires a long burst of bullets that pierce through enemies and bounce off walls, gaining range.

Note: This is the stat of Trick Shot at Power Level 1.

How to Use Rico 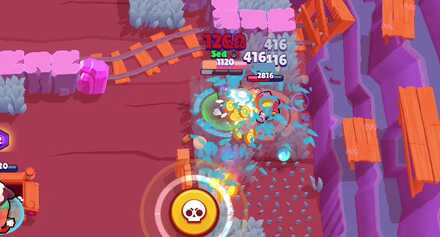 Take advantage of Rico's long-range attacks. Hit opponents from afar instead of going straight for them, as Rico's HP is not that high, and he might die if his opponents get near him. 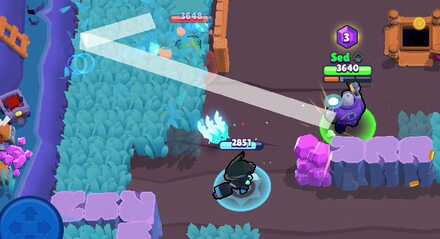 All of Rico's attacks can bounce off walls. Make use of that to hit your opponents hiding behind covers. You can dominate the side parts of the map if you master how to use his bouncing bullets! 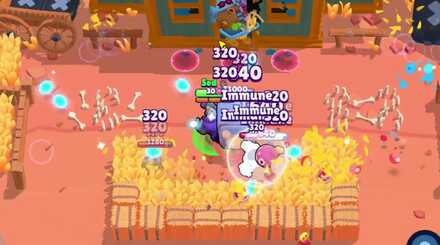 Rico's Multiball Launcher helps check out bushes and deal additional damage to enemies. It is a good offensive and defensive gadget to have, so use it whenever needed in a battle.

His new Gadget, Bouncy Castle, lets him stay longer in battle. He gets healed for each bounce of his bullets. Use this gadget if you want to play more defensively and survive longer in the match. 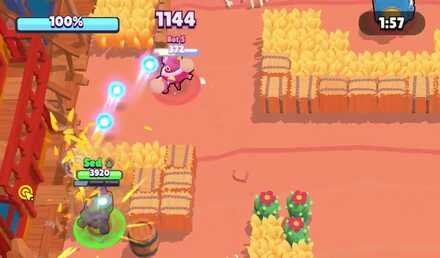 Rico's Star Powers are both helpful, depending on the map you wish to take on. Super Bouncy is recommended for players who already mastered his bouncing bullets and maps cramped with walls. His Robo Retreat helps escape death as it gives a huge speed boost to Rico when his health is around the HP threshold.

In order for us to make the best articles possible, share your corrections, opinions, and thoughts about 「Rico Stats, Skills, and Skins | Brawl Stars」 with us!