This page will show you all about Sandy, a character in Brawl Stars. Read on to learn Sandy's stats, attacks, gadgets, star powers, skins, best maps, and how to use him!

This page will show you all about Sandy, a character in Brawl Stars. Read on to learn Sandy's stats, attacks, gadgets, star powers, skins, best maps, and how to use him!

Note: This is the stat of Pebble Blast at Power Level 1.

Sandy summons a sandstorm that lasts for 9 seconds and hides friendly Brawlers inside it.

Note: This is the stat of Sandstorm at Power Level 1.

How to Use Sandy 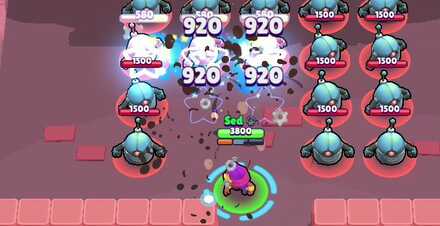 Try to play aggressively as possible to get your Super ready quickly. Placing your Super once it's ready will give a tremendous advantage to your team, as it can make them invisible inside for a short duration.

Place Super in an open area 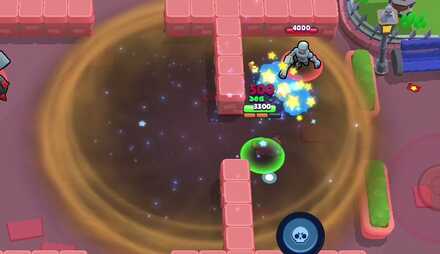 Whenever your Super is ready, place it on the middle part of the map or in an open area to secure that spot and take control of the match. Also, don't put it too close to your enemies as they will see you when they got close.

Sandy's Sleep Simulator Gadget helps him recover to 100% health instantly. The only disadvantage of using this Gadget is that Sandy won't be able to move, and he will be open to any attacks. Make sure to get to a safe distance first or cover before using this Gadget!

His other gadget, Sweet Dreams, is a good item for immobilizing enemies for a short duration. You can use it to set up an all-out attack with your teammates to kill your enemies fast and magnificently.

In order for us to make the best articles possible, share your corrections, opinions, and thoughts about 「Sandy Stats, Skills, and Skins | Brawl Stars」 with us!