This page will show you all about Stu, a character in Brawl Stars. Read on to learn Stu's stats, attacks, gadgets, star powers, skins, best maps, and how to use him!

This page will show you all about Stu, a character in Brawl Stars. Read on to learn Stu's stats, attacks, gadgets, star powers, skins, best maps, and how to use him!

Stu fires out two pyrotechnic shots that pack quite a wallop.

Note: This is the stat of Razzle Dazzle at Power Level 1.

Hitting an opponent with Razzle Dazzle charges up Stu's Nitro Boost, a short dash that leaves a trail of burning rubber on the ground. The trail will set fire to any opponents that touch it.

Note: This is the stat of Nitro Boost at Power Level 1.

How to Use Stu 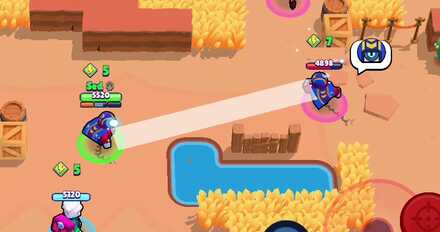 Trying to keep your distance against enemies is the most effective strategy to use for Stu. Stu's health is not that high, and he might lose his life if he tries to fight an enemy head-on. 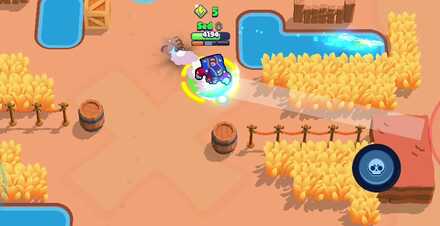 You can roam get around the map or evade enemies attacks, as Stu's Super charges fast. Just one hit on an enemy will fully charge it and it will be ready for use. Mastering Stu's Super will give you a tremendous advantage in battle. 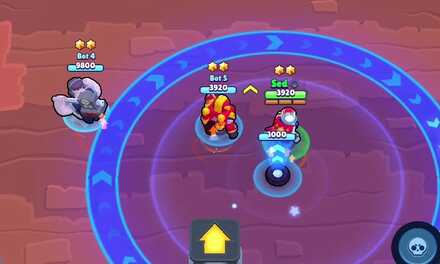 Stu's Speed Zone Gadget helps him and his team to get a slight speed boost in battle. Being fast can help you evade attacks much easier. Just make sure to put it behind a wall as it is easy to break!

His new Gadget, Breakthrough, gives additional effect to his Super. HIs Super will now be able to destroy the walls, and it also deals damage to every Brawler it hits. Breakthrough Gadget is good to use when Stu is chasing an enemy, going for a surprise attack, or getting cornered by his enemies! 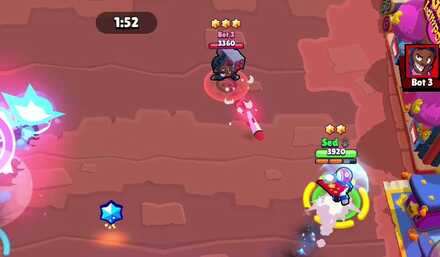 Stu's Star Powers both give additional buffs to his Super. The Zero Drag Star Power increases the range of his Super, while the Gaso-Heal Star Power heals him up whenever he uses his Super. Pick whatever suits your playstyle to maximize your performance in a match!

In order for us to make the best articles possible, share your corrections, opinions, and thoughts about 「Stu Stats, Skills, and Skins | Brawl Stars」 with us!