This page will show you all about Spike, a character in Brawl Stars. Read on to learn Spike's stats, attacks, gadgets, star powers, skins, best maps, and how to use him!

This page will show you all about Spike, a character in Brawl Stars. Read on to learn Spike's stats, attacks, gadgets, star powers, skins, best maps, and how to use him!

Spike fires off a small cactus that explodes, shooting spikes in a different directions.

Note: This is the stat of Needle Grenade at Power Level 1.

Spike lobs a thorny grenade. Enemies caught in the blast area take damage and are slowed down.

Note: This is the stat of Stick Around! at Power Level 1.

How to Use Spike 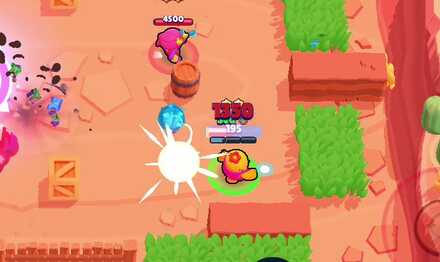 Spike is one of the Brawlers that has low health in the game. There's a high chance of Spike getting killed if he attacks enemies head-on. Focus on shooting your enemies from afar and make good use of the covers on your side.

His attacks also fire off small spikes in all directions after exploding. Use it to hit enemies that are trying to hide behind walls! 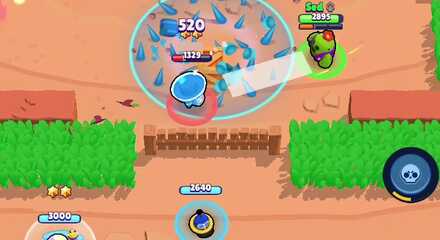 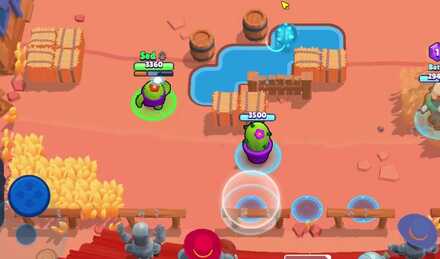 Spike's Pin Cushion Gadget is similar to Rico's Multiball Launcher. Both of them launches waves of attack from all direction dealing damage to enemies that got hit. The only difference between those two is that Pin Cushion don't pierce through enemies and it doesn't bounces off walls.

Spike's new Gadget, Life Plant, is an item that is great for keeping him and his teammates from dying. It creates a small barricade that can block attacks, and it will heal all nearby friendlies once its HP is depleted. 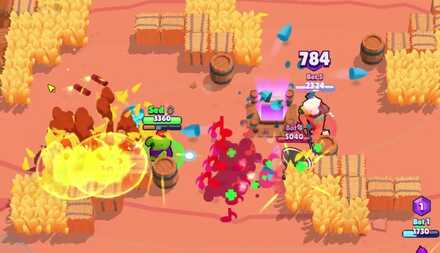 Change Spike's attack by equipping him with his Curveball Star Power. It makes the spikes from the explosion go in curving motion, making it easier to hit targets. But if you want to play Spike aggressively, it is better to equip him with his Fertilize Star Power. His Super will also heal him while damaging all enemies inside it. Choose which one suits your playstyle more to get closer to victory!

In order for us to make the best articles possible, share your corrections, opinions, and thoughts about 「Spike Stats, Skills, and Skins | Brawl Stars」 with us!